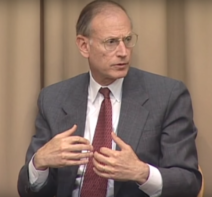 In addition to offering more than 200 negotiation role-play simulations, the TNRC offers a wide range of effective teaching materials, including: