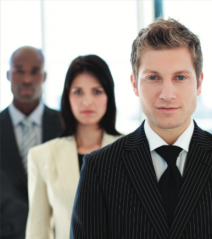 This past July, the principal flutist of the Boston Symphony Orchestra (BSO), Elizabeth Rowe, became the first Massachusetts resident to sue her employer under a new state law designed to address the persistent pay gap between men and women. Despite being the most frequent soloist among the BSO’s principal musicians, Rowe earns only about 75% of the salary of her closest comparable colleague, the BSO’s principal oboist, John Ferrillo, and also earns less than four other principal male players, adjusted for seniority. Ferrillo and Rowe, who joined the symphony in 2001 and 2004, respectively, sit next to each other in the orchestra, and both lead woodwind sections from endowed chairs. Rowe is seeking $200,000 in back pay.

According to her lawsuit, Rowe asked the BSO several times in recent years to adjust her pay and was rebuffed. She sued one day after the Massachusetts Equal Pay Act went into effect. The law stipulates that employers cannot pay workers less than what they pay employees of a different gender for comparable work—that is, work requiring substantially similar skill, effort, and responsibility performed under similar working conditions.

In a statement attached to Rowe’s complaint, Ferrillo called Rowe his “peer and equal” and noted that they work so closely that “we jokingly refer to playing Floboe.” Rowe is “at least as worthy of the compensation that I receive as I am,” he wrote.

In an August court filing, the BSO denied Rowe’s allegations of gender-based pay discrimination, arguing that “the flute and the oboe are not comparable instruments” and that Rowe’s pay is higher than that of numerous other male principal BSO members.

Regardless of how Rowe’s case plays out, the gender discrimination she alleges is not unique. According to the Pew Research Center, women earned 82 cents for each dollar earned by men in 2017, a pay gap that has persisted over time. Women earn less than men in part because jobs performed mainly by women (such as teaching and nursing) pay less than those dominated by men (such as technology and management). But differences in how salary negotiations unfold for men and women vying for comparable jobs appear to be another contributor to the pay gap.

In particular, the degree to which incoming employees feel comfortable assertively negotiating their starting salary may depend on their gender. When women negotiate for higher salaries, they must behave contrary
to deeply ingrained societal gender roles of women as passive, helpful, and accommodating. As a result, their requests often face a backlash: relative to men who ask for more, women are penalized financially, are considered less hirable and less likable, and are less likely to be promoted, research by Hannah Riley Bowles of the Harvard Kennedy School and others shows. Men, by contrast, generally can negotiate for higher pay without fearing a backlash because such behavior is consistent with the stereotype of men as assertive, bold, and self-interested.

But gender is only one aspect of the pay gap. In 2016, college-educated black men earned about 80% of the hourly wages of college-educated white men, while black men overall earned just 68% of that earned by white men, according to the Pew Research Center. Also in 2016, Hispanic women earned only 62.2% of the wages of white men. Asian women fared better, earning 95.8% of white men’s earnings in 2016, but only earned 78.4% of what Asian men made that year.

As these statistics suggest, the pay gap is more complex than it first appears. Two recent studies illuminate these complexities and suggest remedies organizations and their leaders can attempt to reduce the impact of racial and gender bias in employment negotiations.

In a recent study, University of Virginia professor Morela Hernandez and her team assigned 144 male and female working adults of different races (50% white, 27% African American, 14.6% Asian, 6.3% Hispanic, and 2.1% other), as well as 74 male and female undergraduate students of different races, to play either a job candidate or a hiring evaluator in a 15-minute negotiation simulation over a job with a salary range of $82,000–$90,000. After they negotiated, the participants answered questions that assessed their level of racial bias.

Considerable research evidence finds that virtually all of us are subject to implicit racial biases that lead us to treat others unfairly and inequitably, often contrary to our well-meaning intentions. Such “ordinary prejudice,” as psychologists call it, is widespread and rooted in the human brain’s tendency to categorize and make snap judgments. But Hernandez’s study leads to the sobering conclusion that explicit racial bias—a belief in the dominance of certain groups over other groups, based on factors such as race—remains a significant obstacle for African Americans in the job market.

When race and gender intersect

In a famous study from 1995, Yale University professor Ian Ayres found that car dealers made significantly higher opening offers to black and female participants than to white males, who ended up getting much better deals as a result. Specifically, average dealer profit was $362 from white men, $504 from white women, $783 from black men, and $1,237 from black women. This was true despite the fact that the participants were trained in advance to negotiate in the same way.

The study results starkly illustrate that in negotiation, racial and gender biases can intersect in ways that harm some groups and benefit others. White women appeared to benefit from racial stereotypes relative to blacks in the Ayres study, for example, but to be harmed by gender stereotypes relative to white men. Meanwhile, black women seemed to suffer from negative gender and racial stereotypes in the car-buying negotiations.

To find out, Toosi and her team asked 980 white and Asian American men and women to imagine they had received a job offer from a consulting firm with a salary range of $31,000 to $54,000. How much would they ask for if they could make the first offer? Interestingly, white men and Asian women specified higher first offers ($48,247 and $47,797 on average, respectively) than white women and Asian men ($46,341 and $46,436 on average, respectively). Further analysis showed that participants who aimed lower had a greater fear of being punished for asking for too much. Interestingly, white women in this study seemed to fear this type of backlash, but Asian women did not.

Contrary to the double-jeopardy hypothesis, the findings support past research showing that when people belong to more than one minority group (such as “woman” and “Asian”), they are at risk of being overlooked. This “intersectional invisibility” can have negative consequences, such as leading certain groups to be underrepresented in organizations. Yet it may also reduce one’s likelihood of being measured against racial or gender stereotypes and falling short. Asian women participants in this experiment may have intuited this outcome and aimed high as a result, though this possibility still needs to be tested.

There are steps that individual women and minority negotiators can take to avoid a backlash for behaving contrary to tired racial and gender stereotypes. For example, women have been advised to appear other-focused and nurturing when making salary requests by referencing their family’s financial needs or their desire to represent women as a whole. However, such behaviors can feel false, uncomfortable, and overly accommodating.

To reduce the insidious impact of racial and gender biases on hiring, compensation, and promotion negotiations, broader organizational and societal changes are needed. Because biases spring from faulty intuition, reducing the role of snap judgments in the decision-making process is an important step toward promoting more equitable job negotiations.

In her book What Works: Gender Equality by Design (Belknap Press, 2016), Harvard Kennedy School professor Iris Bohnet recommends requiring decision makers to conduct structured rather than unstructured interviews. Noting that unstructured interviews have proven to be very bad at predicting employee performance, Bohnet explains that managers can make more rational hiring decisions by asking all candidates the same list of predetermined questions in the same order, scoring them during the interview, and then carefully comparing and weighting their answers on a scoring system.

Reducing the role of intuition can also improve salary negotiations. Organizations would benefit from publicizing pay-grade ranges and requiring decision makers to compare the salaries of those with comparable jobs. In addition, leaders should instruct negotiators not to ask candidates how much they earned in the past. Because women and minorities tend to earn less than white men, the question can put them at a disadvantage and perpetuate the gender pay gap. In fact, the Massachusetts Equal Pay Act and recent laws in several other states now make it illegal to ask employees about their salary history.

“Who Can Lean In? The Intersecting Role of Race and Gender in Negotiations,” by Negin R. Toosi, Shira Mor, Zhaleh Semnani-Azad, Katherine W. Phillips, and Emily T. Amanatullah. Psychology of Women Quarterly, 2018.