As film producer Harvey Weinstein’s crimes against women launched the #MeToo movement and brought down his company, many entertainment companies began looking for ways to reduce the risk of such allegations. In employment contract negotiation, morality clauses are helping them minimize the damage from scandals and wrongdoing by employees.

Take the case of CNN’s December 2021 firing of anchor Chris Cuomo after an investigation reportedly revealed he had been more deeply involved in defending his brother, former New York governor Andrew Cuomo, against sexual harassment accusations than he had previously maintained. Chris Cuomo was prepared to sue CNN if it refused to pay the majority of the amount left in his four-year contract, estimated at $18 to $20 million, the New York Post reported. But the network had “no intention of paying Cuomo a penny,” a CNN source told the Post. According to another insider at the network, “CNN has a standard morality clause in their contract that says if the employee does anything of disrepute, they can immediately be fired.”

What Is a Morality Clause? 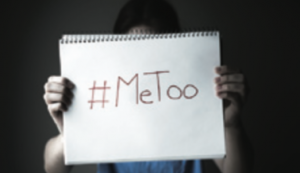 A morality clause, or morals clause, is a provision reached in an employment contract negotiation that requires a prospective employee to adhere to certain behavioral standards during the life of the employee’s contract. A morality clause can be viewed as a type of contingent contract, a common means of managing uncertainty by specifying what will happen if various scenarios unfold.

Today, organizations often ask entertainers, financial executives, athletes, and others whose unanticipated behavior could expose them to significant financial loss to sign a morality clause. If the person fails to live up to the contract, the company has the right to nullify it, end the business relationship, and cease paying the individual.

Given the high financial stakes involved, morality clauses often are heavily negotiated, writes attorney Andrew Zarriello in the Boston College Law Review. The hiring organization commonly has incentives to negotiate language giving it the authority to fire an artist for a broad spectrum of undesirable behaviors, ranging from the criminal to the unethical to the merely embarrassing. Performers and their representatives try to negotiate business contracts prohibiting only clearly illegal behavior, writes attorney Bob Tarantino on the Entertainment & Media Law Signal blog.

Clawing back from a scandal

When deploying a morality clause, organizations often are frustrated that they can’t claim funds previously paid to an employee accused of wrongdoing—for example, in the case of an actor who was paid for his work on a film before coworkers accused him of sexual harassment. To address that problem, some try to negotiate “clawback” provisions with potential high-profile employees, according to attorney Andrew Zarriello. A clawback provision requires an employee to return previously paid compensation under conditions specified in the contract or stipulated by law.

Because recouping an employee’s past wages could prove quite difficult, a better approach in employment contract negotiation may be for the prospective employee to agree to pay a legally binding fine for violating a morality clause, writes Zarriello.

When negotiating a new business partnership, we often fail to think about problems that could crop up during the implementation stage. The following three employment contract negotiation strategies can help us take the long view in important deals.

How have you negotiated morals clauses in employment contract negotiation?