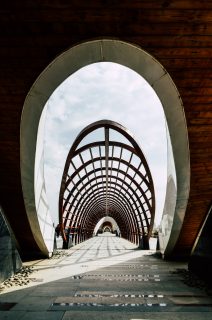 Since taking office in 2019, Florida’s Republican governor, Ron DeSantis, has worked with the state legislature to consolidate power at the state level while also blocking local public-health mandates during the Covid-19 pandemic, as an article on DeSantis’s leadership style in the Washington Post reports.

Many Republicans in Florida and beyond view DeSantis as an effective leader who has pushed back against what they view as overreactions to the Covid-19 pandemic by mayors and other officials. But some local leaders in Florida have been frustrated by what they see as DeSantis’s top-down leadership style and insufficient communication. For example, speaking to the Post, Hialeah mayor Carlos Hernandez, a Republican, called DeSantis “a dictator,” while Democratic St. Petersburg mayor Rick Kriseman said he had never been able to reach the governor on the phone.

Lack of communication, a hallmark of an authoritarian leadership style, frequently backfires on leaders, as followers often resist complying with orders they don’t understand or support.

Take the case of another recent U.S. governor, Andrew Cuomo, who resigned after numerous employees accused him of fostering a toxic workplace culture. According to a state investigation, Cuomo sexually harassed 11 women while in office. And many people who worked for Cuomo, men and women alike, have accused him of creating a toxic workplace where he regularly yelled at and insulted employees.

Cuomo’s replacement, Kathy Hochul, told the New York Times she would bring a “collaborative approach to government,” saying she was “hard-wired to view everything that Albany does through the lens of a local town, city, county official.” She added, “I know that is going to be a breath of fresh air.”

How Does an Authoritarian Leadership Style Affect Negotiation?

For these reasons and others, an authoritarian leadership style is typically antithetical to effective negotiation. Generally, leaders will benefit from taking a more collaborative approach to leadership and negotiation. That includes taking time to build trusting relationships, preparing thoroughly for negotiation, and never underestimating counterparts. In addition, it means approaching both leadership and negotiation with humility, understanding that everyone has something to contribute and that power can be measured in different ways.

By shifting their stance toward collaboration and cooperation, the powerful will not only set themselves up to construct win-win agreements but also embody more effective leadership.

Have you had experience with an authoritarian leadership style? If so, how did it affect negotiations in your organization or industry?