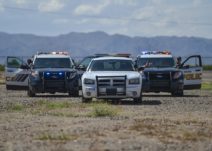 When involved in a crisis negotiation, hostage negotiators stress is the importance of discussing the “drill”—goals, ground rules, and operating principles—with their team before beginning talks with a hostage taker.

Such negotiation teams are likely to commit to working together as slowly as needed to resolve a standoff. This type of agreement can serve to head off sudden actions from team members.

It also helps the group present a united front if outsiders, such as police chiefs and politicians, grow impatient and try to speed up the process. In other words, negotiating teams should make sure individuals do not contradict group consensus during talks at the bargaining table. One negotiation example from real life that is cited in “Team Building: The Importance of Staying on Message” is US President Barack Obama’s re-election campaign’s efforts to keep his media team “on message” during the contest with Republican challenger Mitt Romney.

What crisis negotiation skills would you like to add to your arsenal of negotiation tools?

Examples of Negotiation in Business: Negotiators, Find the Right Partner Before Signing Negotiated Agreements – Examples of negotiation in business – a partnership too good to be true? How do you know your counterpart is the right fit for your business needs? Sometimes even the most well-bargained agreements fall flat in implementation due to differences in personality between negotiators. What factors should impact a negotiator’s decision to embark upon negotiations in the first place and how then should a negotiator proceed with her counterpart? Finding the perfect agreement and the perfect counterpart with whom to build a bargaining relationship is impossible but the two can be reconciled prior to bargaining if a negotiator understands exactly what she needs out of both a negotiated agreement and a potential business partner.

No Responses to “Crisis Negotiation Skills: The Hostage Negotiator’s Drill”