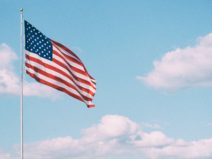 This six party, facilitated, redevelopment negotiation simulation is designed to illustrate the potential sources of value creation in negotiation, and the inherent tension between generating such value and distributing it to particular parties. It is also intended to show how highly charged, emotional issues can often intertwine with more traditional public policy questions. The participants must address four issues: the site plan, the timing of construction, the total money allocated for the project, and who gets the credit for the project. Major lessons include:

(1) An introduction which discusses the purposes of the exercise (primarily, to highlight the challenges associated with multi-party, multi-issue negotiations in the public arena), provides summary background information about the terrorist attacks on the World trade Center on September 11, 2001, describes the six roles and four issues to be negotiated in the World Trade Center Redevelopment Negotiation exercise, offers some preliminary observations about the dynamics of complex multiparty negotiation, and provides instructions for participating in the exercise.

(2) A demonstration of one group negotiating the World trade Center Redevelopment Negotiation exercise for the first time (Chapters 2 – 9; approximately 39 minutes). This negotiation is unscripted and unrehearsed. It has been edited for time, but every effort has been made to preserve the overall flow of the actual negotiation. This segment is particularly interesting because it frequently depicts simultaneous interactions, sometimes by using a split screen to show multiple participants in the same meeting, and sometimes by sequentially showing meetings of sub-groups of participants that actually occurred simultaneously.

(3) A debriefing of the exercise and a summary of the primary lessons (Chapters 10-11; approximately 14 minutes).

The video may be used for a number of purposes:

(1) For teachers or trainers interested in using the underlying role simulation exercise in their classes, the entire video can be used for self-study, as it demonstrates an effective approach to running and debriefing the exercise.

(2) For teachers or trainers who use the World Trade Center Redevelopment Negotiation exercise in their classes, the portion of the video showing one group negotiating the exercise (Chapters 2-9; approximately 39 minutes) can be used for purposes of comparison with the students’ own negotiation experiences.

(3) For teachers and trainers of mediation, facilitation, public disputes, and/or multiparty negotiation dynamics (such as process management, coalition building, and caucusing), either the entire video or the portion of the DVD showing one group negotiating the exercise (Chapters 2-9; approximately 39 minutes), can be used for demonstration and discussion purposes.

(4) For mediators, facilitators, urban planners, attorneys, executives who engage in complex negotiations, and/or anyone else interested in learning more about mediation, facilitation, public disputes, and/or multiparty negotiation dynamics (such as process management, coalition building, and caucusing), the entire DVD can be used for self-study purposes.