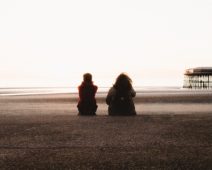 Dispute resolution is often a multistep process that can start with negotiation, move on to mediation, and, if necessary, end in arbitration or litigation.

This progression allows parties to start off, quite naturally, with less-expensive, less-formal procedures before making bigger commitments of money and time.

Still, there may be situations in which you wonder if it would be better to sue first and then aim for a settlement, rather than starting with a more collegial process.

How should you decide which dispute resolution process to choose? In a chapter in The Handbook of Dispute Resolution (Jossey-Bass, 2005), Frank E. A. Sander and Lukasz Rozdeiczer advise you to choose the right dispute resolution method by answering the following three questions about the case you’re facing.

Simply knowing what you want to get out of the process can help you decide where to start. Begin by prioritizing your goals.

For example, Carla wants to hash out a custody agreement with her husband as quickly and inexpensively as possible.

Because she wants to make sure they both abide by the agreement, she wants them to decide the final outcome together.

It seems clear that, given Carla’s goals, mediation is the best choice for her dispute. Mediation is typically faster and cheaper than arbitration or litigation, and mediation also gives parties the greatest degree of control over the final outcome.

By contrast, Jack, who feels he is the victim of age discrimination by his former employer, has the primary goal of winning a large financial settlement. Thus, for him it may be wise to start with arbitration.

If he also wants to set a legal precedent that could benefit others in his situation, he might turn to litigation instead.

In both instances, he would do well to listen closely to his attorney’s assessment of his odds of winning the case and a large settlement. What if you and the other party can’t agree on your goals?

Sander and Rozdeiczer advise you to start off with mediation, as it is a safe, non-binding procedure for both sides.

QUESTION 2: “Which process will capitalize on the best features of the dispute?”

Every dispute has features that can help you reach a beneficial outcome, write Sander and Rozdeiczer.

Which process will best trigger the strengths of the case?

The authors have identified a number of dispute features that lend themselves well to mediation: a good relationship between parties and their attorneys, opportunities for creative problem solving, the willingness of one or both sides to apologize for any mistakes or wrongdoing, eagerness to settle quickly, and the presence of multiple issues that might lead to tradeoffs.

If your dispute has one or more of these characteristics, mediation may be the best choice for you.

By contrast, if you would benefit from formal protections, such as enforcement of key decisions, then arbitration or litigation might be a more fitting option. Suppose that Company A believes Company B is guilty of infringing on one of its patents.

Even if mediation resulted in Company B’s agreeing to stop manufacturing the product in question, Company A might not have confidence that Company B would abide by the decision. Because it believes it has a strong case, Company A decides to bypass mediation and go straight to arbitration.

QUESTION 3: “Which process will best overcome barriers to resolution?”

As you try to answer this final question, Sander and Rozdeiczer advise you to keep in mind that both sides to a dispute often prefer a settlement to an arbitrator, judge, or jury’s binding win-lose decision.

Thus, it helps to focus on the ability of the three different dispute resolution methods to help you overcome barriers to settlement.

In particular, when parties are having trouble communicating and have a strong desire to air their feelings, mediation is often the best choice.

When more than two parties are involved in a dispute, such as grandparents or other relatives in the case of a custody dispute, mediation might also be optimal, as it allows multiple parties to become involved.

However, when parties have different opinions regarding the law affecting their case, a judge or arbitrator’s expertise ultimately may be needed.

When in doubt, mediate. In sum, the low-risk, relatively low-cost nature of mediation makes it the “go-to” dispute-resolution process.

Mediation allows negotiators to work together toward maximizing their outcomes under the guidance of an expert, rather than handing over their dilemma for someone else to resolve on their behalf.

Mediation can also be a beneficial choice when negotiators need to work with each other in the future.

If a mediator is unable to help you and the other side reach agreement, you may still need to turn to litigation or arbitration, but you will do so with a better understanding of your case and the issues at stake.

Do you find these questions helpful in determining your dispute resolution process?

Adapted from “Trying to resolve a dispute? Choose the right process,” in the August 2009 issue of Negotiation.