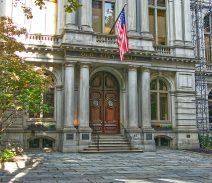 Our most important goals often require government and political negotiation. Here are a few examples:

Though officials may claim otherwise, they often have a certain amount of discretion when interpreting laws and making decisions. In government and political negotiation, you therefore must determine how much discretion an official has, writes Tufts University professor Jeswald W. Salacuse in his book Seven Secrets for Negotiating with Government (Amacom, 2008).

4 Sources of Power in Political Negotiation

Salacuse identifies four sources of power that governments have in both domestic and international negotiations:

Power tools for dealing with governments

Here are three of the power tools that Salacuse recommends for government and political negotiation:

What else have you observed when taking part in a government or political negotiation?

No Responses to “Political Negotiation: Negotiating with Bureaucrats”