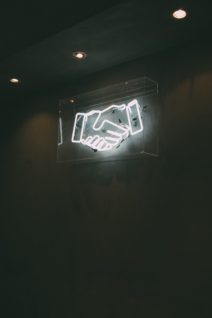 As schools and universities develop alternate learning schedules in the face of a global pandemic that often might involve mixes of in-person and online classes, or be entirely in a remote format, making sure students continue their learning outside of the class setting is becoming more crucial than ever. Exercises that engage students and require them to put their in-class learning to use outside of class, whether that class is online or in person, can help them maximize opportunities to put their skills into practice.

Asynchronous negotiation simulations, which feature students negotiating on their own schedule via communication methods such as email, teach students valuable negotiation skills outside of a typical in-class format. Negotiating via email can often require different communication skills than a face to face negotiation. For example, while negotiating over email means there is a clear record of what has been said and offered, it is also more difficult to establish a relationship with the other party and it can be easy to misconstrue intent and tone. While many negotiation simulations can be adapted to run in an asynchronous format, the Teaching Negotiation Resource Center (TNRC) has several simulations specifically designed to be conducted asynchronously. These include: Rose Lane, Fie’s Agent, The Job Negotiation, and Lattitude.com.

This two-party, email-based, multi-issue issue negotiation deals with a dispute between neighbors over one sharing their home on a home-sharing website, and having difficult conversations in relationships with low trust. A resident of the picturesque town of Pottenstein, Germany is frustrated with their neighbor’s listing of their home as a property on the popular home-sharing site, HomeBNB, due to the prevalence of large parties, noise pollution, and the general disruption of the formerly quiet neighborhood.

M. Schmidt, a branch manager of a local bank, reaches out via email to their next-door neighbor, D. Harberer, about the use of their home on the popular home-sharing site, HomeBNB. Schmidt has grown increasingly frustrated by the prevalence of frequent large groups of rock climbers, who party and play music late into the night. Schmidt and Haberer met two years ago when Haberer first bought the property but have not had contact since. Schmidt has attempted to reach out to Haberer through various channels but has not been able to make contact with Haberer. Schmidt once attempted to contact Haberer through HomeBNB but was notified that the house was not rented through HomeBNB at the time of the complaint. Haberer does not know anything about the raucous parties and entrusts rental management to their daughter, Julia.

Frustrated with their inability to contact Haberer, Schmidt mobilized the neighborhood’s social media group where they initially received significant support. Haberer has been notified by Julia that Schmidt has talked about Haberer, by name, on social media, something that Haberer has taken great offense to. After two years of increasing frustration, Schmidt has reached out to the local government and was surprised with their response: come to a resolution within 30 days or we’ll bring your case to the larger governing body and make a region-wide ruling.

Schmidt and Haberer will email each other to see if they can find a resolution to this conflict. For both parties, their alternatives if they are not able to find agreement with one another are not good. For Schmidt, going to the City Council would be a lose-lose outcome. If the City Council rules to restrict home sharing within the region, Schmidt is worried they will be the focal point for an angry and desperate public. If they do not restrict home sharing, they face an uncertain future: they feel sure they can’t continue to live next to the Haberers, but they also can’t afford to move. On the other hand, Haberer feels very certain that the government will rule in favor of Schmidt and increase restrictions on home sharing. If this were to happen Haberer is not sure what they would do – they’re not financially ready to retire and move to Rose Lane, but they can’t afford to sell their house. Major lessons of this simulation include:

Download a free preview copy of the Rose Lane Teacher’s Package to learn more about this simulation.

This two-hour, two-party, integrative email negotiation is between a soccer (football) star and her long-term representative over the terms of a potential new agency contract.

It is the year 2030. Football continues to be the most popular international sport. Women’s football has surpassed men’s football as the most attended, watched, and marketed sport in the world.

Three years ago, in the 2027 Women’s World Cup, a previously unknown Ghanaian forward named Ama Ata Fie emerged as one of the most prolific goal scorers in the world. Kofi Mwenchena, a Ghanaian sports agent, has represented Fie for the past six years. Fie and Mwenchena signed an official contract six years ago, just before Fie was drafted to a Ghanaian club team. Mwenchena’s contract with Fie has now expired, and the two have not yet been able to agree on terms of a potential new contract.

International club rules state that official free agent negotiations begin in less than one week. Fie is still in Brazil completing some marketing obligations for Maccabi Wireless, while Mwenchena is back in Ghana, but he and Fie have agreed to try to finalize their contract negotiations via email. Teaching lessons include:

This three hour, three-party employment negotiation involves a mid-career student negotiating two job offers via email at the same time. Jordan Webb, a current masters student, negotiates via email (simultaneously) with two tech firms who are potential employers. Both firms have offered to create a new position for Jordan, as the Director of Community Engagement, to manage public-private partnerships. Jordan’s interests are wide-ranging, including the work itself, salary & benefits, start date & vacation time, location, degree of travel, and flexibility in working from home because of family concerns. Avery Adams represents Computech, Jordan’s former employer. Baylor Bell represents Innoventrix, another potential employer. Avery Adams does not know Jordan has another job offer. Baylor Bell knows that Jordan has an offer from Computech, but does not know that Jordan is still negotiating the terms of the offer. Major lessons of this simulation include:

Download a Job Negotiation Teacher’s Package to learn more about this simulation.

This one-hour, two party, single issue, distributive email negotiation is over the potential sale of an internet domain name. The potential seller is a high-school teacher who inadvertently registered the misspelled domain name “lattitude.com” for a geography website (rather than the intended name “latitude.com”).  The seller would like to get as much money as possible for the domain but is not optimistic about being able to sell it, and ultimately would be willing to sell it for anything over the registration fees of $200.  The buyer, on the other hand, plans to market French fashion accessories online under the name “L’Attitude”, and is willing to pay up to $10,000 to acquire the “lattitude.com” domain name.  The buyer and seller live in different parts of the country and work in different fields, so there is little prospect of a future relationship. Teaching lessons include: