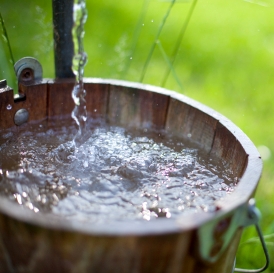 Ethical Dilemmas Surrounding Water Shutoffs in Older American Cities, newly available from the Teaching Negotiation Resource Center (TNRC), is a six party, multi-issue negotiation involving environmental, political, economic and social interest groups, in a shrinking American city, where the water infrastructure is in desperate need of repair. This role-play simulation illustrates the ethical, financial and logistical challenges involved in trying to balance the need to maintain economically viable water services with the need to ensure that even the most vulnerable urban populations have access to clean water. It is intended for use by students, residents, community advocates, and teachers to draw attention to the ethical dilemmas surrounding water provision in many cities in the United States.

Central City is an industrial city in decline on the East Coast of the United States. Although, for many decades, it was a thriving metropolis, the shrinking of the manufacturing sector over the past several decades has led to substantial decline. Indeed, the impact of deindustrialization has been staggering. The city has lost more than 75,000 manufacturing jobs over the past four decades. Wages have gone down noticeably since the late 1980s for almost every category of worker, but especially for those in the bottom half of all earners. Nearly 35% of the city’s population now lives below the poverty line. Central City’s water and sanitation infrastructure was built in the late 1880s. As the city grew, its infrastructure expanded accordingly. However, due to the economic downturn, the city has been unable to afford much-needed improvements in the aging water infrastructure for many years.

Five years ago, in an effort to curb its growing deficit, the Central City Water and Sewerage Department (CWSD) began disconnecting households that had fallen behind in their bill payments. When that didn’t reduce the deficit, the utility steadily increased its water rates. Its goal is to operate with a balanced budget each year.

Two weeks ago, The Central Tribune published an article reporting that CWSD was about to send out notices of water shutoffs to another 16,000 households. Water shutoffs have become an extremely divisive issue in Central City. Last year’s number of shutoffs was the highest to date. This recent announcement sent another shock wave through the city. A week after the article was published, a coalition of faith-based groups and activists organized a rally outside City Hall to express their outrage. An estimated 3,000 people showed up. In response, the recently elected City Council issued a statement indicating that they would look into other ways of meeting everyone’s concerns.

A few days ago, the CWSD invited key stakeholders to a meeting to discuss water issues, especially the question of shutoffs. The agency is hoping that the key elements of a new plan will emerge from this meeting. The City Council has indicated that it is eager to hear the recommendations of this group.

Major lessons of this simulation include:

Download a free preview copy of the Ethical Dilemmas Surrounding Water Shutoffs Teacher’s Package to learn more about this simulation.