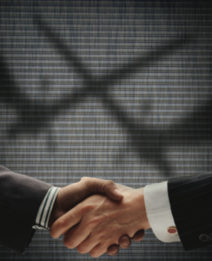 Contract bargaining in labor relations is one of the most complex areas of negotiation and dispute resolution. There are rarely clear cut or mutually agreed upon notions of what a fair salary and benefits package would be, so employers and workers, either individually or collectively, often find themselves at odds. Furthermore, contract bargaining in a unionized setting is rarely limited to questions of compensation. Working conditions, safety concerns or questions about worker rights, regularly surface and must be resolved. Appropriate negotiation and dispute resolution techniques can help all parties engaged in labor and workplace-related negotiations achieve mutually advantageous outcomes.

The Teaching Negotiation Resource Center (TNRC) offers a variety of role-play exercises to help parties engaged in negotiations and labor-related dispute resolution hone their skills and prepare for upcoming contract negotiations. The Brachton Collective Bargaining Exercise focuses a traditional contract negotiation in which groups representing a municipal school committee and a teachers union must reach agreement internally on a range of contentious issues, and then negotiate with each other. In Costless Warehouse, an individual recently fired following accusations of embezzlement and his advocate face off against a large company, claim that the real reason for the firing was racial prejudice. In the MAPO Administration Negotiation, a police union and municipal representatives negotiate over salaries and benefits for police officers. Finally, in Collective Bargaining at Central Division union and management representatives in the telecommunications industry have an opportunity to move away from the traditional hard-bargaining that has characterized their relationship towards a more problem-solving approach to contract bargaining. PON faculty have used several of these role play simulations to help parties worried about upcoming negotiations to explore options for previous adversarial battles that led to strikes.

This four hour, two-team, multi-issue employment contract negotiation involves three teachers’ union representatives and three school committee representatives. It requires internal team meetings prior to external negotiations. The Brachton Teacher’s Union has been negotiating with the city’s School Committee over teacher contracts which will y expire shortly. Brachton public schools and teachers, funded largely through local property taxes, have come under fire from some segments of the community. Both teachers and school administrators fear that community support for the Brachton schools is diminishing. There is pressure on the school committee, headed by the mayor, to impose a moratorium on all city salaries, including teachers. The issues that need to be bargained have been identified. All that is left is for the two sides to hammer out an agreement. Major lessons that can be taught using this exercise include:

This two hour, five-person negotiation focuses on an employee’s claim of discriminatory firing and the employer’s claim of illegal conduct. Andy Appros is a well-qualified and efficient employee of Costless, a consumer outlet chain, who quickly advanced within the company hierarchy. After three years at Costless, Appros was fired following allegations of embezzlement. Appros claims that his firing was based solely on his supervisor’s racial prejudice. He is now suing the company for discrimination. Both sides wish to avoid a trial and the accompanying publicity, so they have each hired someone to negotiate on their behalf to settle the dispute. Each side possesses undisclosed information which may bear on the outcome of the settlement, and it is up to the clients to determine how much of this information to divulge to their respective negotiators. Major lessons that can be taught using this exercise include:

Download a free Costless Warehouse Teacher’s Package to learn more about the exercise.

This three hour, two-team, multi-issue collective bargaining negotiation involves three police union representatives and three municipal representatives. The focus is on police salaries, benefits, and working conditions. Negotiations between the Metropolitan Association of Police Officers (MAPO) and the Administration of Mayor Holmes of Metropolis are about to begin. Discontent police are demanding an increase in the police budget, which is essential in their view if the police are to provide adequate protection for the community. Rising crime rates now rank Metropolis as the 10th most dangerous city in the nation. The MAPO leader has threatened “some kind of protest activity” if the budget is not increased substantially. Proposition 6, which will limit municipal budget increases for any department to a maximum of 6% over the previous year’s allocation, is on the ballot in two months. The mayor’s budget can be enacted before then. The Mayor (who is seeking another term) is anxious to have the police budget settled before the election and has arranged a meeting between his representatives and MAPO. In addition to overall budget increases, specific issues likely to be addressed include: starting salaries, maximum salaries, vacation days, sick leave, holidays, life insurance, pension benefits, health insurance, weapons upgrading, and drug testing. Major lessons from this exercise include:

Download a free MAPO Teacher’s Package to learn more about the exercise.

This three hour, two-team, multi-issue contract negotiation involves three union representatives and three management representatives in a telephone company. The union and management bargaining teams for American Phone Company are preparing for upcoming negotiations. The last round of negotiations in 1986 was disastrous; there was a strike and relationships were damaged. The leadership on both sides would like things to go better this time around and has indicated that they want to work toward a more cooperative relationship. Trust between the two groups has eroded over the years. Any attempt to propose a mutual gains approach to contract bargaining is likely to be opposed by factions on both sides. They have got to address wages, employment security and medical benefits. Major lessons of this exercise include:

Download a free Collective Bargaining Teacher’s Package to learn more about the exercise.

Which negotiation exercises have helped you? Let us know in the comments.