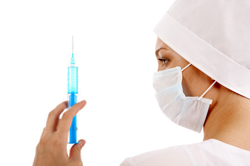 In Drug Testing in the Workplace—a popular role-play from the TNRC—a truck driver tests positive for marijuana in a random drug test. To play this conflict resolution game, participants assume the roles of truck driver, personnel director, and a representative from the Employee Assistance
Program Center, and then explore the question:

What is the truth and what are the consequences?

At the start of this conflict resolution game, there are many questions: Did the truck driver take drugs? Does a positive drug test indicate impaired job performance? What should happen when an employee tests positive for drugs? Eventually, it’s revealed that the driver only tested positive because of passive exposure, not because he used the drug himself. Yet, still the parties must decide the best course of action.

In this negotiation, participants learn how to:

As a result of the misuse of prescription drugs at Williams Medical Center, a woman is dead and a man is paralyzed. In the wake of these catastrophes, there are lawsuits, brutal press coverage, and other devastating ramifications. With Williams Medical Center, one of the many conflict resolution games brought to you by the Program on Negotiation’s Teaching Negotiation Resource Center (TNRC), participants must work to restore the hospital’s reputation.

In this five-party negotiation, participants—in their roles as members of the hospital’s Pharmacy and Therapeutics Committee—must develop a comprehensive drug prescription policy that convinces the press and the public that the Center is still in the forefront of its field. Specifically, participants explore the question:

How do you repair a tarnished reputation?

During the course of this role-play, participants learn to:

These are just two of the many role-plays available through the TNRC. In fact, we have an entire section dedicated to health, medicine, and pharmaceutical negotiation role-plays like Williams Medical Center and Drug Testing in the Workplace.

Healthcare is one of the largest industries globally, with billions of dollars spent on treatments and research. While healthcare is definitely a “big business,” medical disputes can deeply affect people’s personal lives. The fact that life and death are actual issues in many medical negotiations means the stakes are even higher.

To enable participants to gain experience exploring complex and emotionally fraught issues in an educational environment, the TNRC offers a variety of role-plays focused on health-care related disputes such as medical malpractice.

In addition to offering more than 200 negotiation conflict resolution games, the TNRC offers a wide range of effective teaching materials, including: