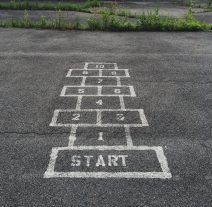 Introductory negotiation courses are taught in law and business schools around the world, but are also increasingly taught to undergraduates and in all types of corporate settings. No matter the context, though, the basic elements of negotiation are roughly similar. Teaching interest-based negotiation, the Zone of Possible Agreement (ZOPA), the Best Alternative to a Negotiated Agreement (BATNA), the value of relationships and methods of collaborative problem-solving prepare all learners for the difficult scenarios they will face in practice. The Teaching Negotiation Resource Center (TNRC) at PON has dozens of role play simulations designed to teach introductory negotiation concepts. Several are described below:

This two-party, one-hour, single-issue distributive negotiation is between two neighbors regarding the potential sale of a vacant lot. The Parkers and the Gibsons own homes on adjacent plots of land. The homes are separated by a 1/2 lot the Parkers purchased years ago in hopes of building a tennis court. They never got around to it. The Parkers are now moving out of state and are interested in selling their house and the half lot that goes with it. The Parkers have approached their immediate neighbors, the Gibsons, to see if they are interested in purchasing the lot. Neither knows much about the other’s real interests. The Parkers and Gibsons meet to explore whether a mutually beneficial transaction is possible.

Major lessons include the concept of “fair prices,” anchoring in negotiation, and whether to reveal your BATNA. If participants do not take a “principled” approach to the negotiation, one side or the other could well feel “taken.” Key questions are raised about whether to make the first offer (as well as the advantages or disadvantages of doing so).

Preview a Parker-Gibson Teacher’s Package to learn more about this simulation.

This two-party, two-hour, integrative negotiation is between the agents for a basketball player and a shoe manufacturer over a possible sneaker endorsement deal. Theotis Wiley is a promising young basketball player with a checkered past. Erive is a small shoe manufacturing company about to launch a new line of sneakers. Erive’s Vice-President of Business Development has asked to meet with Theotis’ agent regarding the possibility of an endorsement deal.

Major lessons of this simulation include the prospects of value creation or joint gains. Both parties have relatively weak BATNAs, so the exercise affords a good opportunity to explore the relationship between BATNAs and reservation values (sometimes called “bottom lines. The role of agents in the generation of options and the valuing of possible deals is explored. Because the negotiation involves representatives rather than principals, it raises well-known principal-agent tensions.

Preview a Theotis Wiley Teacher’s Package to learn more about this simulation.

This is a four-person, prisoner’s dilemma game, played in ten quick rounds that takes about one hour overall. Each participant’s sole objective is to maximize their own score, presumably without regard to the scores of others. Participants play either an X or a Y card in each round, and depending on the cards played, a payoff is awarded to each player on each round. There are limited opportunities for the players to talk with the others involved. This exercise offers a powerful opportunity to examining the connections between individual self-interest and group well-being. It also illustrates key differences between one-time encounters and repeat negotiations in which ongoing relationships are important.

Major lessons focus on competition vs. cooperation and the dynamics of group decision-making. The exercise also highlights the frequency with which we make imprecise and inadequately supported assumptions that can lead to surprising results if we don’t test them explicitly.

Preview a Win-As-Much-As-You-Can Teacher’s Package to learn more about this simulation.

This short two-party, intra-organizational negotiation involves a company’s senior financial officer and the same company’s human resources officers administrator. T. Boyd, Vice President of Budget and Finance at Multimode, Inc., (a manufacturing firm) must negotiate with J. Arnold, Vice President of the Human Resource Development Office at Multimode. Boyd has met with all the other departments to discuss the upcoming year’s budget as well as expected productivity increases. Arnold is asking for a larger annual budget increase than Boyd has allowed any other department.

Major lessons include the use of objective criteria to make convincing arguments. If the parties presume there is a gap between them, the conflict is almost self-enforcing.  Their initial perceptions shape their efforts to probe for information. The degree to which multiple issues might come into play is very important.

Preview a Multimode Teacher’s Package to learn more about this simulation.

Looking for more resources on teaching introductory negotiation skills? Check out the Introductory Negotiation Skills Brief Course Outline from the TNRC to learn about additional possibilities.