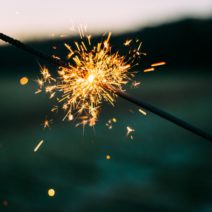 These top 10 notable negotiations from the past, both inside and outside of politics, caught our eye due to the broader lessons they offer business negotiators.

10. Hollywood writers negotiate a happy ending. The Writers Guild of America, which represents more than 12,000 film and TV writers, and the Alliance of Motion Picture and Television Producers, which represents film and TV studios, negotiated a new labor contract that many described as a draw. When predicting how the media landscape would unfold, the parties presented self-serving numbers and largely chose to split the difference between their claims. A better approach may have been a contingent contract—a “bet” that would create different payment schemes based on each party’s predictions of how the future would unfold.

9. U.S. negotiations with Mexico. Days after Trump was sworn in as president, his son-in-law and adviser Jared Kushner kicked off talks with Mexican secretary of foreign affairs Luis Videgaray on trade, immigration, and border security. The plan was for Trump and Mexican president Enrique Peña Nieto to join in after a few days, but new public remarks from Trump on his proposed border wall with Mexico prompted Peña Nieto to abruptly call off the negotiation. The failed negotiations speaks to the value of keeping talks private until significant headway has been made.

8. Winning moves from the U.S. national women’s hockey and soccer teams. Both teams worked to convince their sports’ governing federations to fundamentally restructure their labor contracts this year. The teams followed different playbooks in demonstrating characteristics of win-win negotiation. Having historically worked for almost no pay, the women’s hockey team negotiated for a living wage and benefits by publicizing their treatment on social media and threatening to boycott their championship tournament. Meanwhile, U.S. women’s soccer team members took greater control over their negotiation and tried a more collaborative approach.

7. Trump does business with “Chuck and Nancy.” After being consigned to the sidelines for months, this summer Senate minority leader Chuck Schumer and House minority leader Nancy Pelosi finally identified an issue on which they could gain leverage: the debt ceiling. In a negotiation with President Trump, Schumer and Pelosi pushed for a short, three-month suspension of the debt ceiling, a timeline that would work to their political advantage, while Senate majority leader Mitch McConnell and House Speaker Paul Ryan proposed an 18-month debt-ceiling suspension. To everyone’s surprise, Trump sided with “Chuck and Nancy,” as he called them. Although the unlikely alliance soured later in the year, it highlighted that even seemingly weak parties can engage in power tactics in negotiation.

6. Illinois finally gets a budget. For two years, Illinois’ Republican governor Bruce Rauner and the state’s Democratic-led legislature were stuck in a budget impasse, a crisis that wreaked havoc on the state’s credit, debt, and services. In June, 15 Republicans in the Illinois House broke from Rauner to vote for a Democratic-sponsored budget, and Illinois finally had a budget on July 6. When negotiators have strong ideological differences, they tend to engage in adversarial bargaining, assuming their gains come at the other party’s expense. In fact, there are almost always opportunities for win-win tradeoffs.

5. The Amazon-Whole Foods merger. Before negotiating a possible purchase of upscale grocery chain Whole Foods this summer, Amazon insisted on two conditions: utmost secrecy and exclusive negotiations. On June 15, the companies went public with the merger at an agreed-upon price of $42 per share. Amazon successfully shut down its competition by making exclusivity a condition of its negotiation with Whole Foods.

4. Cities and states negotiate for climate protections. After President Trump revealed he was withdrawing the United States from the 2015 Paris global climate accord, leaders of U.S. states, cities, and corporations began forming partnerships aimed at help the nation meet some of its Paris commitments through negotiation and other means. In team negotiation, if a powerful counterpart backs out of your deal, try to form a new coalition.

3. The Republicans’ Obamacare loss. Throughout the 2016 U.S. elections, Republicans made it clear that repealing the Affordable Care Act was their top priority. Once in office, however, an inability to reach consensus among the party’s factions kept them from meeting that goal. An excess of optimism during the negotiation process appeared to keep House Speaker Paul Ryan and other leaders from getting buy-in from reluctant members.

2. Brexit negotiations get moving. Before the start of Brexit negotiations, the 27 E.U. member nations minus Britain agreed that the talks should proceed in two phases: the first to cover the terms of British withdrawal; the second to hammer out a trade agreement with the U.K. But U.K. prime minister Theresa May wanted to negotiate trade and withdrawal simultaneously. The E.U. got its way, and the two sides managed to reach an “agreement in principle” on withdrawal, with trade talks to follow. A single set of talks may have been more productive: the presence of multiple issues creates opportunities of logrolling in negotiation, or making trades based on different preferences.

1. The Republicans’ tax plan win. The Republican tax plan isn’t popular with most Americans, but the fact that the party was able to come to agreement on a significant piece of legislation allowed them to enjoy a year-end victory. One of the biggest winners was Senator Susan Collins of Maine, who negotiated changes equivalent to one-tenth of the bill’s net $1.4 trillion in tax cuts. As her success shows, positioning yourself as a potential deal spoiler can be among your major sources of power in negotiation.

What notable negotiations from 2018 would you add to our list?