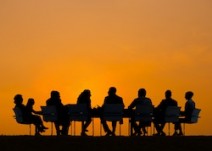 The problem: You’re not sure which of the two most common dispute-resolution processes, mediation or arbitration, to use to resolve your conflict.

Mediation is appealing because it would allow you to reach a collaborative settlement, but you’re worried it could end in impasse.

You know that arbitration would wrap up your dispute conclusively, but it wouldn’t give you much say in the outcome.

The tool: A hybrid mediation-arbitration approach called med-arb combines the benefits of both mediation and arbitration techniques.

In this increasingly popular process, parties first attempt to collaborate on an agreement with the help of a mediator.

If the mediation ends in impasse, or if issues remain unresolved, the parties can then move on to arbitration.

The mediator can assume the role of arbitrator (if qualified) and render a binding decision quickly, or an arbitrator can take over the case after consulting with the mediator.

Operating instructions: In med-arb, parties first attempt to hammer out a collaborative agreement, working together and in private sessions with a mediator or “med-arbiter,” a neutral third party trained in med-arb.

In most cases, the med-arb process turns into a successful mediation with no need for arbitration.

What if all or part of the dispute remains unresolved?

The matter would then be arbitrated. If a med-arbiter is handling the entire process, she would impose a binding decision based on her judgments about the case.

If parties had reached agreement on some issues, the med-arbiter would rule only on the issues that remained.

Alternatively, as mentioned, an arbitrator could take over all or part of the dispute from a mediator.

What it can do: The threat of having a third party render a decision in binding arbitration often inspires disputants to work extra hard in mediation to come to an agreement.

Med-arb can be especially effective when you’re under time pressure, as in a labor dispute, and when you need to work with the other party in the future.

And if you hire one person as mediator and arbitrator, you save time and money by eliminating the need to start arbitration from square one if mediation fails.

Safety warning: When you know that your mediator may ultimately decide your fate, you might feel inhibited about sharing confidential information with him about your interests.

After all, what if the mediation moves on to arbitration and he uses that information against you?

You’ll need to weigh this legitimate concern against med-arb’s proven ability to get disputes resolved quickly.

Adapted from “Capture the Best of Mediation and Arbitration with Med-Arb,” first published in the November 2009 issue of Negotiation Briefings.