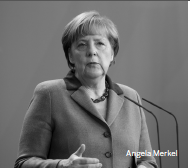 What is your negotiation style? Some negotiators make a strong impression through bold opening statements and mesmerizing presentations. Others closely observe and gather information before making any decisive moves. Angela Merkel, who chose not to run for reelection in 2021 after nearly 16 years as Germany’s chancellor, has demonstrated the latter type of negotiation style: quiet, watchful, and slow to act.

Her negotiation style springs from many factors, wrote George Packer in a 2014 profile of Merkel in the New Yorker: her upbringing in communist East Germany, her training as a scientist, her position as a woman in a male-dominated realm, and her naturally cautious and patient personality.

“With a certain hesitation, she seized the day,” German film director Volker Schlöndorff slyly told the New Yorker, speaking of Merkel’s entry into politics after the collapse of Communism in East Germany. Merkel’s rise to become arguably the most powerful woman in the world baffled many, given her reticence and lack of flash. Although many styles of negotiation can be effective, there is much to learn from Merkel’s unassuming negotiation style.

An Outside Perspective on Merkel’s Negotiation Style

Growing up in East Germany, Merkel was aware of the dangers of speaking her mind. She learned to observe and “think things over before speaking,” according to Rainer Eppelmann, a dissident East German clergyman. Comparing Merkel to a chess player, Eppelmann said she was always “a few moves ahead of her competitor.”

In 1991, Merkel told the photographer Herlinde Koelbl that she never felt truly at home in East Germany because of her “relatively sunny spirit” and optimistic outlook. That outsider status carried over into her early forays into politics after the fall of the Berlin Wall—and led her to adopt many skills needed for negotiation.

Merkel has been criticized for not rebelling against the Communist system of her youth. But as the two Germanys were integrated, Merkel soon began volunteering for a new democratic political group, Democratic Awakening, making herself useful behind the scenes.

An Instinct for Power

As a woman, a scientist, and an East German, Merkel has been considered a “triple anomaly,” writes Packer—an outsider in German politics.

When she decided to pivot toward government work, her industriousness and efficiency earned her a position in then-chancellor Helmut Kohl’s cabinet. Kohl and other members of the West German old boys’ network openly belittled her, but Merkel advanced thanks to her particularly East German traits: “self-discipline, strength of will, and silence,” writes Packer.

Merkel has a scientist’s penchant for keeping her emotions under wraps and viewing problems rationally. “She is like a computer,” one of her political associates told the New Yorker.

Joining the established Christian Democratic Union (CDU), Merkel was again an outsider, “strange to everything in the Party,” according to German journalist Karl Feldmeyer, including its stances on social issues. Instead of bonding with her compatriots on hot-button issues, Merkel was driven by an abiding belief in freedom and “her perfect instinct for power,” says Feldmeyer.

Merkel shocked Germany by turning on Kohl publicly after he was implicated in a campaign-finance scandal; she soon replaced him as chair of the CDU. She beat another male politician who disparaged her, Gerhard Schröder, to become chancellor in 2005.

Strong listening skills are a key aspect of Merkel’s negotiation style. One longtime political associate told Packer that Merkel typically speaks 20% to her counterparts’ 80% in conversations.

For some Germans, the chancellor’s penchant for listening and waiting before acting and deciding could be excruciating. In fact, her cautious leadership and negotiation style inspired a new German verb, merkeln, which the German dictionary publisher Langenscheidt defines as “to do nothing, make no decisions, issue no statements.”

In the international realm, however, Merkel often determinedly pushed forward her agenda. Aspen Institute Germany in Berlin executive director Stormy-Annika Mildner, who worked with the chancellor at annual Group of 7 summits of world leaders, told the New York Times that Merkel had persuaded the group to reach agreements on numerous issues the traditionally all-male group had previously neglected, including climate change, sustainability, and gender equality.

There are a variety of different negotiation styles, and for any of us, diverging too far from what comes naturally can backfire. But these elements of Merkel’s negotiation style would be best practice for anyone looking to improve their business skills:

What elements of negotiation style have you found to be particularly helpful in your own negotiations?