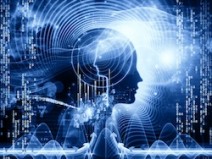 In negotiation, we sometimes become so focused on what we’re trying to achieve at the bargaining table that we fail to adequately account for how the deal could look to observers. As two recent deals that the U.S. government reached with Iran show, it’s important for professional negotiators to consider the optics.

January 16, 2016, was a memorable day in U.S.-Iranian relations. That day, the International Atomic Energy Agency reported that Iran was in compliance with the terms of the nuclear agreement it reached in mid-2015 with the United States. The news prompted the United States, the European Union, and the United Nations to officially lift their longtime economic sanctions against Iran. That same day, following more than a year of negotiation, Iran released four Americans who had been imprisoned in Iran; in return, the United States freed seven Iranians and rescinded international arrest warrants on 14 other Iranians.

Both the nuclear and prisoner-swap deals were controversial. In the United States, officials and observers on the political right objected to the idea of the Obama administration agreeing to concessions on Iran’s nuclear program, which they said could threaten U.S. security. The prisoner deal was panned for setting a dangerous precedent that could put Americans in Iran at risk.

And to some, the timing of the two deals seemed suspicious. U.S. and Iranian leaders had made efforts to separate the two sets of negotiations, the New York Times reports. Yet the fact that Iran freed Americans the same day its sanctions were lifted gave the impression that the prisoners had been pawns in a larger game.

A settling of dues or a ransom?

On August 3, the Wall Street Journal broke the story that on the same day Iran released the four imprisoned Americans, the Obama administration airlifted $400 million in cash to Iran. The image painted by the Journal of “wooden pallets stacked with euros, Swiss francs, and other currencies . . . flown into Iran on an unmarked cargo plane” suggested to many that the White House had secretly authorized a ransom payment for the prisoners.

In fact, the $400 million was the first installment of a $1.7 billion settlement that the Obama administration had reached with Iran over a failed arms deal the two countries had signed back in 1979, the Journal reports. President Obama announced the resolution of the dispute and its terms on January 17, the day after the prisoners were released, but did not disclose the timing of the $400 million payment.

On August 18, the State Department conceded that it had delayed making the $400 million payment to Iran for several hours on January 16 to ensure that Iran released the imprisoned Americans. State Department spokesperson John Kirby said in a briefing that the United States “took advantage of the leverage” gained from dangling the possibility of the cash payment to ensure that the Americans “got out safely and efficiently.” The two deals—the prisoner release and the financial settlement with Iran—were separate, he said, but their outcomes were deliberately timed to coincide.

How can professional negotiators reach their goals while also securing broad approval for their deals? Consider the following three negotiating techniques:

An excerpt from an article in the December 2016 issue of the Negotiation Briefings newsletter, published by the Program on Negotiation at Harvard Law School.