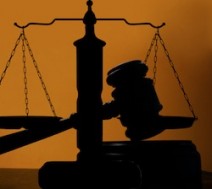 A shake-up is afoot regarding large companies’ use of mandatory arbitration to settle disputes with consumers.

Until now, if you got into a dispute with your credit card or cell-phone provider, you might have to sort it out in arbitration even if you’d rather file a lawsuit.

Buried in the fine print of many consumer service contracts are clauses that waive customers’ right to sue.

Instead, arbitration becomes the mandatory, go-to process in disputes over payment and service. (see also, What is an Arbitration Agreement?)

Some employers and health-insurance companies also require their workers and customers to arbitrate.

Consumer advocates have fought this corporate practice on the grounds that consumers usually aren’t aware they’ve waived their litigation rights and because arbitration decisions routinely favor companies over consumers.

In an examination of 19,000 California mandatory-arbitration cases handled in 2003 by arbitrators appointed by the for-profit National Arbitration Forum (NAF), nonprofit watchdog group Public Citizen found that companies prevailed over consumers in 94% of the disputes.

Companies say they tend to win arbitrated disputes with consumers because they bring stronger cases.

But arbitration firms that rely on companies’ mandatory arbitration clauses for business face a conflict of interest between keeping their customers happy and issuing unbiased rulings.

In July 2009, the Minnesota attorney general’s office sued the NAF for engaging in deceptive practices, including concealing its financial ties to the debt collection industry, according to the Wall Street Journal.

As part of its settlement in the suit, the NAF agreed to stop taking on new consumer-debt cases.

The not-for-profit American Arbitration Association (AAA) said it would follow the NAF’s lead until standards are established to safeguard consumers.

The withdrawal of the NAF and the AAA from consumer debt disputes threw the mandatory-arbitration system into disarray.

Then, in September, Bank of America announced that it would no longer force its customers into arbitration.

A final nail in the coffin could be the passage of the Arbitration Fairness Act, currently before Congress, which would ban mandatory-arbitration clauses from contracts, except in the case of collective-bargaining agreements. (see also, Arbitration versus Mediation in the Conflict Resolution Process)

If consumers are allowed to choose litigation over arbitration, dispute resolution could become more expensive and time-consuming. Yet reform is needed to restore integrity to all types of arbitration and level the playing field for organizations and their customers.

Related Article: Why You Should Question Your Agent’s Objective Advice in Business Negotiations

Mediation versus Arbitration? Try Combining Them with Med-Arb

Adapted from “Mandatory Arbitration Under Fire,” first published in the November 2009 issue of Negotiation.