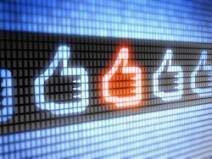 A new conflict-management policy from General Mills, the food company behind products such as Cheerios, Bisquick, and Betty Crocker, may lead it to lose some friends on social media.

The manufacturer recently added language to its website alerting consumers that they relinquish their right to sue the company simply by downloading coupons, “liking” General Mills on Facebook, entering its sweepstakes, and interacting with it in other ways. In fact, GM later added terms suggesting that anyone who bought or used one of the company’s products would be required to resolve any dispute through informal email negotiation or binding arbitration, according to the New York Times.

The change in legal terms came after a judge refused to dismiss a case in which two mothers sued the company for marketing its Nature Valley products, which include processed ingredients such as maltodextrin, as “100% Natural.” Large food manufacturers have grown concerned about a growth in class-action lawsuits filed by consumers over labeling, ingredients, and health risks.

The practice of requiring customers to relinquish their rights to a lawsuit is already common among credit-card and mobile phone companies, which often require those who feel mistreated to engage in one-on-one arbitration. But General Mills may be the first major food company to attempt to impose arbitration on consumers.

The company’s bold move is itself likely to face legal challenges. “When you’re talking about food, you’re also talking about things that can kill people,” lawyer Scott L. Nelson of the nonprofit advocacy group Public Citizen told the Times. Given that food recalls are common, it is not difficult to imagine a case in which a consumer is seriously sickened or even killed by a food product, only for the person’s family to discover they are not legally entitled to sue in court for damages.

General Mills’ new policy puts the spotlight on arbitration, a process used often to resolve disputes between companies and between employees and employers.

In arbitration, a trained, professional, and neutral arbitrator acts as a judge who renders a binding decision to end the dispute. The courts usually refuse to overturn arbitrated decisions and can step in to make sure they are enforced.

When both parties engage in an arbitration process voluntarily, mutually agree on the ground rules, and choose an impartial arbitrator together, they are likely to find arbitration to be relatively inexpensive, fast, and fair. But when a so-called “one-shot player,” such as a consumer with a small legal budget, is forced into arbitration by a “repeat player,” such as a deep-pocketed corporation that repeatedly engages in arbitration, the playing field may be more uneven. One-shot players in consumer contract disputes are likely to lack the experience and resources necessary to mount a strong case.

On the one hand, arbitration allows parties to move forward and avoid the public scrutiny that can accompany a court trial. But individual consumers with serious grievances or injuries may exit the process feeling that justice has not been served.