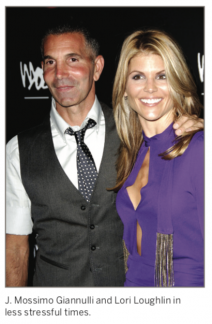 How should you decide whether to accept or reject your counterpart’s final offer in negotiation? In their influential book, Getting to Yes: Negotiating Agreement Without Giving In, Roger Fisher, William Ury, and Bruce Patton advise comparing the deal to your BATNA, or best alternative to a negotiated agreement. If the offer is better than the best outside option available to you, accept it. If it isn’t, declare impasse and pursue your BATNA.

The BATNA concept offers clear-cut, useful advice. But because BATNAs are often uncertain rather than guaranteed, they can be difficult to assess, as BATNA examples in negotiation sometimes illustrate. The 2019 U.S. college admissions scandal and recent research provides guidance on how to better assess your BATNA.

In March 2019, 33 parents were accused of conspiring with college consultant William Singer to fraudulently secure their children’s admission at several top U.S. universities. In pre-indictment negotiations, U.S. federal prosecutors tried to convince the parents to plead guilty to a single charge of mail fraud or risk an additional money-laundering charge.

Fourteen parents pled guilty to the mail-fraud charge, including actress Felicity Huffman, who confessed to paying Singer $15,000 to arrange for cheating on her daughter’s college entrance exam. Huffman was sentenced to 14 days in jail and served about 10 days in October 2019.

Sixteen other parents rejected the plea deals, including actress Lori Loughlin and her husband, fashion designer J. Mossimo Giannulli, who were accused of paying $500,000 to get their two daughters admitted to the University of Southern California. After rejecting the deals, they were both indicted for money laundering. In May 2020, Loughlin and Giannulli both reversed their decision, pleading guilty to mail fraud; they ended up serving about two and five months in prison, respectively.

Initially, the two groups of parents appeared to calculate their BATNAs very differently. Those in Huffman’s group correctly predicted that if they refused a plea deal, their BATNA likely would include an additional serious charge and then a choice between a worse plea deal and a stressful trial that could end in a long sentence.

Those in the Loughlin/Giannulli group appeared to incorrectly predict they could secure a BATNA that would not require prison time, whether by negotiating a better deal or winning in court. Given the strong evidence against them, this bet had a low probability of paying off from the start.

A BATNA in the Hand?

In an article in the journal Organizational Behavior and Human Decision Processes, Southern Methodist University professor Robin L. Pinkley and her colleagues found that most people have difficulty assessing uncertain BATNAs, or so-called phantom BATNAs, and make subpar decisions as a result.

However, participants were often overconfident that their uncertain BATNAs would materialize. As a result, they frequently turned down offers they should have accepted in pursuit of their BATNA, as Loughlin and Giannulli appeared to do. Conversely, people facing highly likely phantom BATNAs tended to be overly pessimistic that the BATNA would actually pan out—and often settled for the “safe” offer on the table.

Such irrational thinking has been adaptive in human history: “Strategic optimism” in the face of long odds motivates persistence and resilience, while “strategic pessimism” about a seemingly sure thing protects us from disappointment. In negotiation, however, such biases can lead us to reject offers we should accept and accept offers we should decline.

The following four guidelines, derived from research and BATNA examples in negotiation, can help you manage the uncertainty surrounding BATNAs:

What have you learned from particular BATNA examples in negotiation?