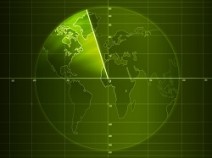 Adapted from “Warren Christopher, A Negotiator That Flew Under the Radar,” first published in the June 2011 issue of Negotiation.

If negotiation is often stereotyped as a war of egos, then the death of presidential adviser Warren Christopher offers an opportunity to reflect on the role modesty and reserve can play in even the most contentious talks.

A lawyer who worked for companies such as IBM, Christopher also served as an aide to Democratic presidents Lyndon Johnson, Jimmy Carter, and Bill Clinton. In his memoir, Chances of a Lifetime (Simon & Schuster, 2001).

Christopher attributed his reputation and effectiveness to being a “private, discreet, reserved, and sometimes modest person.”

Early in life, he learned a lesson that doubtless contributed to his negotiation successes: “The more listening you do, the more people will trust you.” Silence, he wrote, “begets confidence as well as confidences … even if silence means only that you know nothing about what they are talking about.”

As Carter’s deputy secretary of state, Christopher took over the prolonged negotiations for
the release of 52 American hostages held in Iran following the 1979 Iranian revolution. In late 1980, Christopher traveled back and forth between Algeria, which mediated the crisis, and Washington.

He ultimately brokered an agreement for the hostages to be released in exchange for an unfreezing of Iranian assets and the lifting of sanctions. Uncharacteristically,
Christopher wept at the news of the hostages’ release.

At various points in his career, Christopher was alternately criticized and appreciated for his
tendency to focus on rules and procedures while avoiding risks and policy decisions. As the secretary of state during Clinton’s first term, instead of constructing an overarching post–Cold War foreign policy, Christopher allowed himself to be absorbed by regional conflicts in Haiti, Somalia, and Bosnia.

The Wall Street Journal attributed Christopher’s practical style to his lawyerly background, “steeped in the art of negotiation.”

Some observers believe his meticulous attention to the legal details of the case made him no match for George W. Bush’s team, which waged a tough campaign on multiple fronts.

Yet Ronald A. Klain, Gore’s former chief of staff, told the New York Time’s that it was Christopher’s decision to fight for a recount—a controversial move at the time—and noted that despite his courtly style, Christopher was fiercely committed to battling on behalf of his client.

One Response to “Dispute Resolution: Warren Christopher – A Negotiator That Flew Under the Radar”