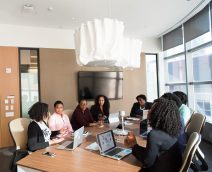 To hear President Donald Trump tell it, the United States under President Barack Obama had bungled one negotiation after another on the global stage due to an inability to stand firm and take tough stances on key issues when dealing with difficult people and conversations.

“Right now, we have the wrong group of negotiators who have left us being totally out-negotiated,” Trump said in an interview in spring of 2016 with Breitbart News. “We have incompetent people leading our country and it’s evident in the terrible deals we’ve made with China, Mexico, and virtually every country in the world.”

Trump called the Iran nuclear negotiations “a horrible deal for the United States and an even worse deal for Israel.” He continued, “The best deals are the fast deals. . . . When they say ‘no,’ we should get up and walk away.”

“A Trump presidency will force the Iranians back to the bargaining table to make a much better deal” for the United States, the candidate wrote in a September 2016 USA Today editorial.

According to Trump’s view, when dealing with difficult people and engaging in difficult conversations, the best way to get the upper hand in a negotiation is to try to out-dominate the other party. As President, using his competitive approach to negotiation, Trump has said he will strong-arm the government of Mexico into funding a wall along the U.S.-Mexican border.

Trump’s insistence that the best way of dealing with difficult people and groups is through a dominant and tough negotiating style is contradicted by interesting new negotiation research that suggests a more nuanced approach works better.

In an article in the July 2016 issue of Negotiation and Conflict Management Research, Scott Wiltermuth of the University of Southern California, Los Angeles and Larissa Z. Tiedens and Margaret Neale of Stanford University had pairs of study participants engage in complex negotiation simulations over either the merger of two companies or a job offer. Some of the participants were instructed to display dominance by using expansive body postures and taking the lead in the conversation. Other participants were told to display deference to their counterpart by using constrictive body postures and working to make sure the other party felt respected. Others, in a control group, received no such instructions about their negotiating style.

Notably, those with the more submissive style didn’t sacrifice their own needs for those of their counterparts. Rather, they met their own needs by subtly determining, through questioning, how they could help both sides meet their goals. Their more submissive style brought the parties together by helping their more dominant counterparts feel respected, competent, and understood.

The lesson of the study isn’t that it always pays to adopt a submissive, deferential negotiating style. Rather, the results suggest that we can all benefit from assessing the negotiating style of our counterpart and seeking a communication style that complements and harmonizes with theirs. This advice may be useful in a variety of contexts, from international diplomacy to dealing with difficult coworkers.

For example, if a negotiator comes across as passive, then we may need to step up our game, taking the leadership position and advocating directly for our positions. On the other hand, when dealing with difficult people, such as those who stake hardline positions right from the start and believe in a win-lose approach to negotiation, a more deferential, questioning approach may lead them closer to exploring the possibility of a win-win agreement.

This can be easier said than done because in negotiation, we tend to return fire with fire. When someone makes tough demands, threatens to walk away, and seems uninterested in our own interests, we become offended and irritated, and tend to respond in kind. As a result, tensions escalate into conflict, and impasse is the likely result.

How can you avoid an escalatory spiral and take the high road when having difficult conversations and managing difficult people? In his classic negotiation text Getting Past No: Negotiating In Difficult Situations (Bantam, 1993), William Ury advises us to break the cycle of reaction and counter-reaction in negotiation by “going to the balcony”—that is, by imagining we are stepping back from the stage to the balcony. In doing so, we can step back, gather our wits, and look at the situation objectively. This sense of psychological distance can give us the clarity we need to identify the motives behind unfair tactics and avoid responding in kind.

How do approach dealing with difficult people? Share your experiences in the comments below.

2 Responses to “When Dealing with Difficult People, Try a Complementary Approach”