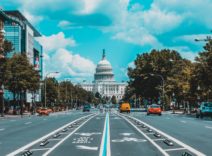 When dealing with difficult people in negotiation, we tend to expect them to be rigid negotiators who will walk away if they don’t get everything they want. But a gruff demeanor may not necessarily translate into a hard-nosed negotiating style.

Take the case of Bernie Sanders. Back in 2016 when the Vermont senator ran for the Democratic nomination for the 2016 presidential election, The New York Times characterized Sanders as a “grumpy grandfather-type,” a description that may be a watered-down version of reality, according to a profile of Sanders by the Vermont newspaper Seven Days.

In interviews, current and former staffers of Sanders described him as “rude, short-tempered, and, occasionally, downright hostile,” according to Seven Days.

“He’d yell in meetings all the time,” said one of Sanders’ former Senate staffers. “I don’t think he’s a very nice man.”

Dealing with Difficult People: How to Get Things Done and Manage Conflict in the Process

In his book Making History in Vermont, Steve Rosenfeld, Sanders’ former press secretary, quoted Sanders himself as admitting there may be “some truth” to descriptions of him as “nasty” and as having difficulty getting along with people. During his presidential campaigning, Sanders’ temper at times flared up during interactions with protestors and the press.

We have all had the experience of working with difficult people. Typically, when dealing with difficult coworkers, we find that their demeanor matches their work style. Indeed, in Sanders’ case, his “firebrand speeches” and reputation as an “uncompromising ideologue” were supported by his unyielding positions on issues such as Trade Promotion Authority and Social Security.

Yet some of his allies and rivals on Capitol Hill have seen it differently, according to a June 2015 Huffington Post article by Sam Stein. Many view him as a realist and a pragmatist who is willing to make difficult compromises in order to pass legislation. The difference between Sanders’ personality and his negotiating style in Congress suggests than when dealing with difficult people, a person’s outward demeanor may be less significant than it first appears.

A Pragmatic Approach to Negotiation Scenarios

In 2014, for example, Congress was about to adjourn for its August recess without passing a Veterans Affairs reform bill, even as the VA was facing a rash of negative reports over long wait times and cover-ups at its hospitals.

Sanders, chair of the Senate Veterans Affairs Committee, held a press conference to lash out at his House counterpart, Rep. Jeff Miller, for trying to pass a proposal that ignored agreed-upon parameters, according to Stein. Miller’s office retaliated by leaking emails showing that Sanders’ team had refused to attend a key meeting on the issue out of spite.

All signs indicated that Congress would disperse for the summer break without taking steps to improve the VA.

Instead, Sanders and Miller spoke on the phone. The conversation jump-started marathon negotiating sessions between their staffs. And three days before Congress went on break, they reached a deal.

“I’m a pragmatist,” Sanders told Stein. “I was elected by the people of Vermont to be their elected representative in Washington. And that requires me to shape and pass legislation.”

As he built a career as a politician, Sanders learned that he wouldn’t have an impact if he pursued a strategy of “protest votes and purity,” according to Stein. Rather than pursuing signature initiatives, he is known for tacking relatively small amendments onto bills he did not otherwise support. He opposed the Affordable Care Act, for example, but ultimately voted for it after negotiating for it to include $12 billion in community health centers. In 2005, Rolling Stone magazine called him the “amendment king” of the House of Representatives.

Sanders has pursued his pragmatic, “choose your battles” approach to legislating with his characteristic bluster. “Negotiating with Bernie was not a usual experience,” Senator John McCain told Stein about their work on the VA reform bill, “because he is very passionate, and he and I are both very strong-willed people, and we spend a lot of time banging our fists on the table and having the occasional four-letter word. But at the end of the day, Bernie was result-oriented.”

Notably, Sanders has downplayed his willingness to compromise and accommodate. His gruff image is more in keeping with his portrayal of himself as someone bucking against Washington corruption and cronyism. And indeed, many supporters of Hillary Clinton would argue that Sanders’ reluctance to end his presidential campaign in 2016 and give his full support to Clinton reflect an unwillingness to compromise and unyielding nature.

Image and Reality: How to Project Power at the Bargaining Table While Negotiating Your Interests

As business negotiators, we often find ourselves dealing with difficult people. Advice focused on  how to deal with difficult people often emphasizes the need to show them how they could benefit from collaboration and compromise. But if Bernie Sanders’ congressional record is any example, there may be times when we encounter gruff negotiators who see the value of a pragmatic, mutual-gains approach to negotiation.

The lesson? When working with difficult people, resist the urge to write them off as recalcitrant and unyielding. Instead, assume they are savvy and skilled collaborators. This type of positive attitude could promote a more productive atmosphere—four-letter words and all.

What do you think about Bernie Sanders’ negotiation approach?

One Response to “Negotiation Strategies: Bernie Sanders’ Pragmatic Approach to Negotiating in the Senate”