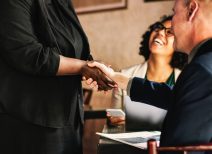 A case study of conflict management: Suppose that you and your negotiating counterpart become deadlocked after exchanging a series of offers and counteroffers. With each of you anchored on very different positions, you can’t seem to find a solution that pleases you both.

Rather than making one offer at a time, try issuing multiple equivalent simultaneous offers, or MESOs. When you present multiple offers at the same time, you are likely to increase the other side’s satisfaction while also boosting your odds of coming to agreement, according to professors Victoria Husted Medvec and Adam D. Galinsky of Northwestern University’s Kellogg School of Management.

The first step in the MESOs approach is to determine which of the issues on the table matter most to you. You can do so by creating a scoring system.

Once you have put together your MESOs, present them to the other side. Rather than telling your counterpart that you value the offers equally, explain that you want him to choose the offer that’s best for him. If he rejects all the offers, ask him to tell you which one he prefers. His response will give you valuable information about how to fine-tune the proposal.

Suppose the community group’s leader tells the tour operator that the group prefers Package 2, but that the price is still too high. Now the tour operator understands that the group is willing to travel during the off-season in exchange for a lower cost. She reduces the cost of Package 2 by downgrading the accommodations slightly. After negotiating a bit more on price, the two sides come to agreement on a modified version of Package 2.

In their research, Medvec and Galinsky have found that the MESOs approach succeeds because it takes both parties’ interests into account and, in the process, improves negotiators’ outcomes and satisfaction.

The researchers offer three notes of caution concerning MESOs. First, because MESOs contain ample information about your interests, you should counterbalance such disclosures by anchoring your offers to your advantage. All of your offers should exceed your target price or ideal outcome to allow some wiggle room for further negotiation. Second, a savvy counterpart may try to cherry-pick the best elements of each proposal to create a new deal that works against you. Respond to such attempts by using your scoring system to come up with three new offers that respond to your counterpart’s priorities without sacrificing your own goals. Third, because the abundant choices offered by MESOs could be overwhelming, avoid presenting more than three offers at a time.

Adapted from “Find out What They Value by Making Multiple Equivalent Simultaneous Offers,” first published in the Negotiation newsletter, September 2009.

No Responses to “Conflict Management: A Creative Approach to Breaking Impasse”