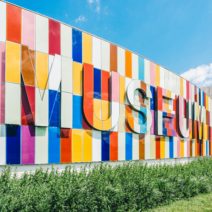 The Winner’s Curse in Negotiations Example 1: The Auction of Edvard Munch’s The Scream Elicits Gasps

Back on May 2, 2012, the expressionist artist Edvard Munch’s The Scream sold for $120 million to an anonymous buyer at Sotheby’s auction in New York, the highest price ever paid for a work of art in an auction.

The 1895 painting has become an iconic symbol of existential angst and the Norwegian artist’s most recognized work. Four versions of The Scream exist. The one auctioned this past spring is widely considered to be the best, and it was the only one still in private hands. The seller was Peter Olsen, a Norwegian businessman and shipping heir whose father was a friend of the artist.

The Bidding Process for The Scream

Five bidders vied to be the painting’s new owner over the course of 12 tense minutes. As the bids climbed higher and higher, “gasps could be heard,” according to the New York Times. The audience broke into spontaneous applause when $100 million was bid. The mystery winner bid through a Sotheby’s executive vice president by phone. His or her final bid of $120 million included a multimillion-dollar commission to Sotheby’s.

The buzz surrounding the Munch painting attracted many other notable works of art to the auction and carried over to high prices throughout the night, for a total of $330.56 million.

The Winner’s Curse in Negotiations Example 2: Another Pricey Acquisition for Microsoft

The news broke back on June 25, 2012 that Microsoft was purchasing Yammer, a social network service for businesses, for $1.2 billion in cash. Yammer allows companies to create private, Facebook-style social networks where employees can chat and collaborate.

Trying to play catch-up in the social-networking arena, Microsoft had been on a spending spree, including the purchase of online communications tool Skype for $8.5 billion in 2011. According to the New York Times, Microsoft planned to fold Yammer into a division responsible for selling Office, its lucrative suite of business applications, which is facing threats from cheaper online options.

Rather than passively waiting to be bought, Yammer, a start-up founded in 2008, worked on maximizing its value to Microsoft. In late February 2012, it added $85 million in venture capital financing to its coffers. And in April, Yammer acquired oneDrum, a British start-up focused on file sharing and enterprise collaboration. On announcing the purchase, Yammer CEO David Sacks was careful to note that oneDrum’s applications could prove useful in Microsoft products.

Microsoft Seals the Deal with Yammer

Microsoft first approached Yammer in early 2012 and submitted its opening acquisition bid in May.

“We said, ‘Look, we won’t go shopping, but give us a fair price,’” Yammer board member George Zachary told the Times.

The software giant did more than that. During its latest financial round, Yammer was appraised at a market value of $600 million. Microsoft paid twice as much.

The Winner’s Curse in Negotiations?

The heavy price paid for The Scream and for Yammer raises the question of whether the buyers in these two exchanges were the latest victims of the winner’s curse – the tendency for the winning bidder in an auction of a commodity of uncertain value with a fair number of bidders to pay more than the asset is actually worth.

In such situations, bidders should consider whether a private-value or common-value asset is at stake. A private-value asset offers unique value to different bidders. For example, one bidder for a painting (such as The Scream) might plan to admire it until her death and then bequeath it to a museum, while someone else might want the painting for its investment potential. Like The Scream. Yammer was a private-value asset, as it offered a unique opportunity for Microsoft to break into a new technology. By contrast, common-value assets, such as an oil lease, should have an equal value to all bidders.

In general, bidders need not fear the winner’s curse if they expect to derive special benefits from a prized asset. To avoid the winner’s curse in negotiations, ask yourself a simple question: Would you feel particularly comfortable making a particular offer if you knew that all other bidders value the asset less than you did? If the answer is yes, proceed. If the answer is no, shade your bid downward.

How do you avoid the winner’s curse in negotiations?

Adapted from “Negotiation in the News” first published in the September 2012 issue of Negotiation Briefings.