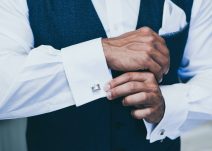 Do you know how to determine your BATNA? Examples of two negotiations that leveraged the best alternative to a negotiated agreement are below. But first, you should not only determine your own BATNA, but also that of your negotiating counterpart. When preparing to negotiate, always take time to consider these important questions:

What’s my BATNA – my walkaway option if the deal fails?
(See also: Dealmaking: Understanding Your BATNA in Your Current Negotiations)

What are my most important interests, in ranked order?
(See also: BATNA Definition anKnow Your BATNA: The Power of Information in Negotiation)

What is the other side’s BATNA, and what are his interests?
(See also: Negotiation Skills: Three Sources of Power at the Bargaining Table)

Careful analysis, estimation, and conversations with colleagues will help you answer the first two questions.

Next, contemplate the other side’s BATNA and interests as thoroughly as you did your own.

After all, you may not be able to propose a package that he’ll accept if you haven’t thought about his outside options, needs, and wants. In addition, be sure you have a mandate from your superiors to explore options for mutual gains.

Finally, after identifying your counterpart’s BATNA from the information you have gathered during the negotiation process, get ready to propose tradeoffs that exceed the other side’s BATNA (if only slightly), meet his interests reasonably well, greatly exceed your own BATNA, and elegantly meet your interests.

By preparing to propose multiple packages at the same time (see also, the concept of multiple equivalent simultaneous offers, or MESO negotiation strategies), in the spirit of Roger Fisher, William Ury, and Bruce Patton’s cautioning people to “separate inventing from deciding” in Getting To Yes: Negotiating Agreement Without Giving In, you can avoid having an early feeler misconstrued as a final offer.

Design each package to probe your estimates of the other side’s BATNA and interests. All this preparation makes it more likely that the parties will find items of differing value that can be traded to create value.

Know your Batna in every negotiation.

Consider the case of a Boston-area homeowner who was looking to add approximately 15 feet of custom gutter to his house.

The job required the same type of custom-made molding that a contractor had installed around the entire house a few years earlier. No one else would be willing to invest in making custom moldings for such a small job, and the original contractor knew it. When the homeowner called to get a bid, the contractor bid $2,000 for what was likely a half-day of work. To give the impression that the bid was being “shopped around,” the homeowner didn’t reply for a week. Finally, the homeowner called back with an allusion to competition: “I’d really like to go with you, but $2,000 is way beyond the going rate.”

Instead of coming back with a counteroffer, the homeowner then changed the metric: “How about we go forward on a time-and-materials basis?”

The contractor couldn’t reasonably object to being paid based on time and materials, but he knew this metric would earn him significantly less than $2,000. He resisted the move: “In this economy, all my customers are asking me to sharpen my pencil a bit, so I’ll be willing to do it for $1,850.” The homeowner responded with an appeal to fairness: “Look, I want to make sure you’re paid appropriately, but $1,850 for 15 feet of gutter and half a day of work just seems wrong to me. I’ve referred customers to you for several years, and I need you to be fair with me now.” In the end, the parties settled on $1,500—still not a great price for the homeowner, but a substantial concession from the initial offer.

The vignette illustrates your most promising moves when your best alternative to a negotiated agreement (BATNA) is weak and the other side knows it.

Or consider this BATNA example, below.

As the renewal deadline for Sam’s homeowner’s insurance policy approached, he decided to do a “market check” to compare prices. Sam’s existing insurer – let’s call it Acme – had been raising rates by 7% and 10% annually for the past three years, and Sam wasn’t sure he was getting the best deal. He then found a carrier that offered a policy for 30% less than Acme’s renewal rate.

Delighted, Sam came very close to switching to the new insurer. But after doing some digging (and receiving some self-interested guidance from Acme), Sam identified important coverage and term definitions buried deep in the legalese of the two policies. After going through a translation process to make the prices comparable, Sam realized that Acme, his current insurer, was offering him a better deal (see also, Negotiation Skills – Three Sources of Power at the Bargaining Table to learn more about power in negotiations and how knowing your BATNA helps negotiators to make solid strategies for the negotiation table).

The lesson: Rather than assuming that the deal on the table matches your BATNA point by point, translate your BATNA to fully understand what it means for the current negotiation.

What is your BATNA? Share with us in the comments.

No Responses to “Negotiation Tactics, BATNA and Examples for Creating Value in Business Negotiations”