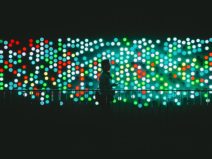 Negotiators often have to deal with more than one party to reach their goals and often tailor their negotiation techniques towards this end. These negotiation scenarios pose unique challenges, yet most negotiation advice focuses on talks between two parties.

Where can we turn for guidance? For many years, Harvard Business School professors James Sebenius and Guhan Subramanian have studied real-world mergers-and-acquisitions (M&A) deals, which tend to involve experienced lawyers, bankers, and businesspeople, and many millions, even billions, of dollars. Some of these deals use negotiation techniques that prove successful; others are well-known disasters.

Sebenius and Subramanian have applied their observations about these negotiated agreements to other multiparty contexts. One lesson you may be able to adapt to the complex negotiations that crop up in your business and personal life is deal protection or the extent to which the parties are bound to each other between signing and closing a deal. A heavily negotiated issue in M&A transactions, deal protection is rarely negotiated outside the M&A context, say Sebenius and Subramanian, even when it could create value.

Take the typical residential real-estate bargaining session. In the time between the purchase-and-sale agreement and the closing, the seller is bound irrevocably to the transaction. This clause protects the buyer, but it means that the seller can’t accept a higher offer—a condition that can be inefficient for both the seller and the buyer.

Imagine you’re selling your home. A prospective buyer falls in love with your house and (unbeknown to you) one other house. After much debate, he makes a successful bid on your house.

Soon after you’re under contract, you receive a blockbuster offer from another party. It’s too late to back out, right? Not if you had negotiated deal protection. For example, you might have proposed a clause that would allow you to withdraw between signing and closing by paying the buyer a breakup fee of perhaps $25,000. For a buyer who is virtually indifferent between your house and another house, this should be an attractive alternative.

Buyers can make similar moves. Suppose parties are at an impasse, with the seller asking $500,000 and the buyer offering $450,000. The buyer might offer a “loose” $450,000 deal that allows the seller to accept a better offer between signing and closing by paying a modest breakup fee, such as the buyer’s out-of-pocket costs.

Sophisticated deal structures used in integrative negotiations create value by capitalizing on differing beliefs about the likelihood of higher offers. Such terms could be useful in home-buying transactions, where the stakes can feel just as high to the players involved as if they were hammering out a billion-dollar merger.

Which negotiation techniques have worked for you? Share your stories in the comments.

Adapted from “What to Do When the Table Gets Crowded,” first published in the Negotiation newsletter.

One Response to “Negotiation Techniques from the M&A World”