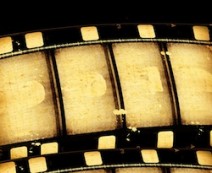 In negotiation, your best source of power is typically your best alternative to a negotiated agreement, or BATNA. Having a strong outside alternative enables you to walk away from a deal that doesn’t meet your needs or that would compromise your vision or ethics.

But when you are dealing with a negotiating partner who seems irreplaceable, your BATNA can seem hopelessly weak. In such cases, you may be tempted to make unreasonable and even unethical concessions for fear that you will have to exercise your BATNA if you stand firm.

That may have been the situation that Harvard University professor Henry Louis Gates Jr. found himself during negotiations with actor Ben Affleck in 2014. Gates, a journalist, filmmaker, and noted scholar of African American history, had interviewed Affleck for his PBS show “Finding Your Roots,” which investigates the ancestries of celebrities.

Initially, Gates was thrilled with the interview, as revealed in Sony Pictures Entertainment emails that were hacked in November 2014 and leaked online. “We filmed him Tuesday morning, and it was brilliant,” Gates said of Affleck in an email to a friend. According to Gates, Affleck enjoyed working on the show so much that “he is getting Matt Damon to do it, too,” according to the New York Times.

But as the leaked emails also reveal, Affleck wasn’t completely happy with the information the show’s producers discovered about his ancestors. In July 2014, Gates wrote again to Lynton, asking for advice. Affleck, he said, had “asked us to edit something about one of his ancestors—the fact that he owned slaves.”

An exasperated Gates fretted in the email that Affleck’s request was in “violation of PBS rules”—“even for Batman,” he added—and expressed concern that “once we open the door to censorship, we lose control of the brand.” If the news got out that PBS had caved in to the actor, the news could embarrass Affleck and “compromise our integrity,” Gates wrote.

“We’ve never had anyone ever try to censor or edit what we found,” Gates wrote to Lynton. “He’s a megastar. What do we do?”

Lynton replied, “I would take it out if no one knows, but if it gets out that you are editing the material based on this kind of sensitivity then it gets tricky.”

Gates followed his friend’s advice. The slave-owning ancestor was not mentioned in the show about Affleck’s genealogy, which aired in October 2014.

But as Gates had feared, news of his decision did leak, and it had the repercussions he predicted. After the hacked Sony emails were made public this April, Affleck wrote in a Facebook post that he had been “embarrassed” to learn about his relative and admitted to lobbying Gates to keep the man out of the show. But Affleck and Gates both initially defended the move, saying the information about the slave owner had been sketchy and that there were more interesting aspects of the actor’s background to cover.

This June, PBS released the results of an investigation into the incident. The network determined that the producers of “Finding Your Roots” had “violated PBS standards by failing to shield the creative and editorial process from improper influence.” PBS said it was taking steps to improve the show’s procedures before continuing its third season and that it would withdraw the episode featuring Affleck from further distribution.

Gates publicly apologized for not being more vocal about his “editing rationale” at the time and for “putting PBS and its member stations in the position of having to defend the integrity of their programming.”

The scandal points to the difficulty of responding to hardball tactics in negotiation, particularly when they come from a powerful party. The prospect of standing firm in the face of Affleck’s lobbying was likely unappealing to Gates. Affleck might have withdrawn his participation in the show, backed down from his offer to get his friend Matt Damon involved in the series, or refused to help publicize the show. For Gates, a weak best alternative to a negotiated agreement, or BATNA meant that he had strong incentives to appease Affleck.

In such ethical dilemmas, it can be difficult to choose the right negotiation techniques. Indeed, it can even be difficult to recognize the ethical dimensions of such situations in the first place. When we have financial or other incentives to act contrary to our moral beliefs, we tend to frame such dilemmas as “business decisions” rather than ethical ones.

Organizations need to promote best negotiation tactics by setting clear guidelines on acceptable behavior and putting safeguards in place to ensure those guidelines are followed, as PBS now says it is doing. In addition, we can protect our integrity by working to improve our BATNA and give ourselves good alternatives to acquiescing to inappropriate or unethical demands. Finally, we can test our moral judgments by consulting parties whom we respect—not for their business acumen, but for their reputation for exemplary moral behavior.

Related BATNA Article: Ethics in Negotiation: How to Avoid Deception in Employment Negotiations

2 Responses to “In Negotiations with Ben Affleck, No Appealing BATNA”