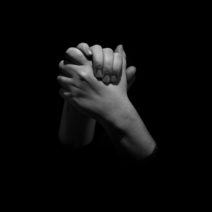 Some negotiators seem to believe that hard-bargaining tactics are the key to success. They resort to threats, extreme demands, and even unethical behavior to try to get the upper hand in a negotiation.

Much more commonly, however, business negotiations involve multiple issues. As a result, these so-called integrative negotiations give parties the potential to create win-win outcomes, or mutually beneficial agreements. Business negotiators can negotiate by brainstorming creative solutions, identifying differences in preferences that can be ripe for tradeoffs, and building trust.

Unfortunately, when parties resort to hard-bargaining tactics in negotiations with integrative potential, they risk missing out on these benefits. Because negotiators tend to respond in the way they are treated, one party’s negotiation hardball tactics can create a vicious cycle of threats, demands, and other hardball strategies. This pattern can create a hard-bargaining negotiation that easily deteriorates into impasse, distrust, or a deal that’s subpar for everyone involved.

To prevent your negotiation from disintegrating into hard-bargaining tactics, you first need to make a commitment not to engage in these tactics yourself. Remember that there are typically better ways of meeting your goals, such as building trust, asking lots of questions, and exploring differences.

Next, you need to prepare for your counterpart’s hard-bargaining tactics. To do so, you first will have to be able to identify them. In their book Beyond Winning: Negotiating to Create Value in Deals and Disputes, Robert Mnookin, Scott Peppet, and Andrew Tulumello offer advice to avoid being caught off-guard by hard bargainers. The better prepared we are for hard-bargaining strategies in negotiation, the better able we will be to defuse them.

Here is a list of the 10 hardball tactics in negotiation to watch out for from the authors of Beyond Winning:

Are there any other hard-bargaining strategies in negotiation that you’ve encountered that you would add to this list? We would love to hear from you!