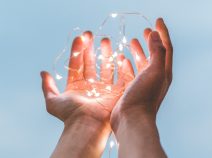 When the other side seems to have all the power in a negotiation, what should you do? In recent years, that question has been an urgent one for many universities and libraries negotiating subscription agreements with the academic publishers that produce peer-reviewed scientific research journals. Confronted with skyrocketing pricing demands, several of these institutions have used interesting power tactics in negotiation to try to flip the system and meet their negotiation goals.

While newspapers and magazines have struggled to stay afloat in the internet era, the largest publishers of academic journals—including Elsevier, Springer, and Wiley—have increased their profits exponentially, collectively earning at least $23 billion in 2020.

The companies’ business model capitalizes on free labor and government funding. Researchers submit their articles—often, government funded—to the publishers, which enlist other researchers to review and edit the work without being paid. Publishers take ownership of accepted articles without paying authors, then sell journal subscriptions to universities, libraries, and the federal government for ever-rising fees. “It is as if the New Yorker or the Economist demanded that journalists write and edit each other’s work for free, and asked the government to foot the bill,” writes Stephen Buranyi in the Guardian.

Researchers whose institutions can’t afford such subscriptions often have difficulty accessing the articles they need to conduct their work. Many universities and libraries that do choose to subscribe say they have little leverage in price negotiations with the publishers, yet some have come up with effective power tactics in negotiation.

Challenging the status quo, thousands of so-called open-access research journals have sprung up under a different business model. Instead of charging subscribers for content, they charge researchers to publish their papers—about $1,000, in some cases—and then post them for free online. Large academic publishers such as the Dutch firm Elsevier have launched their open-access journals, though they tend to be less prestigious than their subscription-based journals.

Many institutions view open access as the future of academic publishing. Take the University of California (UC) system, which generates nearly 10% of all U.S. research output. UC took the bold move of dropping its nearly $11 million annual Elsevier subscription in February 2019 in pursuit of open access.

The hardball negotiation tactic got Elsevier’s attention. After off-and-on negotiations, the two sides reached a breakthrough in June 2020. “They came to us with an attitude of wanting to work with us to find common ground, so that they could reenter business with us, as we’re a major customer,” UC Berkeley campus library head Jeffrey MacKie-Mason said in an interview on the UC website. In March 2021, UC announced it had reached a “mutually beneficial” agreement with Elsevier that will make all research published in Elsevier journals with a UC lead author open access.

In 2023, the University of Oregon (UO) and the University of Washington also paused their Elsevier subscriptions, citing pricing that has outpaced inflation. “It’s possible that Elsevier may start to rethink things if enough schools are dropping out of these deals,” UO collection management librarian Dave Fowler told student newspaper, the Daily Emerald.

Other power tactics in negotiation draw on strength in numbers. A consortium of more than 700 German research institutions and libraries called Project DEAL reached separate agreements with publishers Wiley and Springer Nature to make it easier for authors from member institutions to publish their papers open access for a fee (€2,750 per article, or about $3,000), Science reported in 2019.

Elsevier proved a tougher sell. When a negotiation deadline passed without an agreement in January 2017, 200 German research institutions let their Elsevier subscriptions lapse to try to spur concessions. But Project DEAL and Elsevier have remained at an impasse since 2018.

Support from a Key Partner

Sometimes interested bystanders can contribute their own power tactics in negotiation and decision-making. The U.S. government has long pushed for the research it funds to be more affordable and available. In 2016, then–U.S. president Barack Obama’s Office of Science and Technology Policy (OSTP) mandated that certain large government agencies require the manuscripts they fund to be freely available within a year of publication. In 2022, under the Biden White House, the OSTP expanded the directive by requiring academic journals to provide immediate access to all publicly funded papers.

When facing your own personal Goliath, keep these three tips in mind:

What other power tactics in negotiation have you found helpful when your bargaining position was weak?