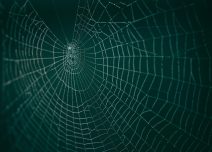 Business negotiators often worry about deceptive tactics in negotiation, and understandably so. The potential for being lied to or swindled can be high in negotiation, given that our counterparts typically have access to information about preferences, alternatives, product quality, and so on, that we lack. Yet research shows that negotiators often behave honestly even when doing so costs them money.

Interestingly, we may be able to reduce our odds of being deceived in negotiation by helping our counterparts become more optimistic that we’ll be honest ourselves, suggests research by Columbia Business School professor Malia F. Mason and her colleagues.

How pessimism sets the stage for deceptive tactics in negotiation

Mason and her team identify two main reasons why people might expect to encounter deceptive tactics in negotiation. First, they could believe that lying is appropriate in the negotiation contexts in which they find themselves. If they do, they would become more likely to be opportunistic—to lie in the hope of gaining an advantage. Second, negotiators could believe that deception is unethical and wrong but that their counterparts are likely to try to cheat them anyway—that is, they could have pessimistic beliefs about other people’s ethicality.

Surveying diverse groups of people— American MBA students, a broader sample of American adults, senior managers at nonprofits, Chinese undergraduate students, and Turkish executives—the researchers found that only a small percentage of each group (7.69%, on average) believed deceptive tactics in negotiation to be appropriate behavior. Yet survey respondents pessimistically expected that a much larger percentage of their peers—22.77%, on average—would view deception as appropriate. In other words, they had overly pessimistic expectations of being deceived.

Overall, the results suggest that people are significantly more likely to approach negotiation with pessimism about being deceived than they are to approach it opportunistically. The authors call this tendency “paranoid pessimism,” as it’s not rooted in reality: Others are less tolerant of unethical behavior and deceptive tactics in negotiation than we believe. Ironically, however, paranoid pessimism can lead us to adopt these tactics as a defensive measure.

This phenomenon points to a possible remedy for reducing unethical behavior: Encourage people to believe, as is the case, that most negotiators believe dishonesty is wrong. When norms for honesty are made salient, people should become less pessimistic about their counterpart’s ethicality and, consequently, more honest themselves. Such a strategy doesn’t account for the fact that people often justify and overlook their own dishonesty, but it could be a helpful first step toward curbing deliberate lies.

Have you encountered deceptive tactics in negotiation? How have you handled the situation?