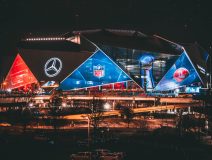 In 1975, Leigh Steinberg launched his career as a sports agent by proving that even a little power can be a dangerous thing. He faced what appeared to be a tough negotiation with the Atlanta Falcons. The team had chosen Steinberg’s client, rookie quarterback Steve Bartkowski, as their first pick in the first round of the National Football League (NFL) draft. The Falcons had other choices they could turn to if the salary talks failed, but that was not the case for the quarterback. Bartkowski was forced to negotiate exclusively with the Falcons and would have to accept the team’s best offer, recalls Steinberg in his memoir, The Agent: My 40-Year Career Making Deals and Changing the Game (Thomas Dunne Books, 2014).

Despite this lack of power, Steinberg went for broke: He made an opening demand for $750,000 on behalf of Bartkowski, which at the time was more than any football player—let alone a rookie—had ever been granted. Not surprisingly, the Falcons were outraged by the request. Nonetheless, they ultimately signed Bartkowski for $600,000, the most lucrative contract in NFL history at the time.

Why is a little power a dangerous thing in negotiations?

In negotiation, we tend to believe that even a small amount of power is better than no power. If we had to choose, we would prefer to enter a job negotiation with an undesirable job waiting in the wings than no job at all. If talks with a long-coveted client fail, we’d rather have a few unpromising leads to turn to rather than none.

This thinking makes perfect sense. Yet because of the way our minds work, a little power is a dangerous thing for our own gains, as it turns out. Rather than a benefit, weak alternatives can cause problems for us at the negotiating table, a study by researchers Michael Schaerer and Roderick I. Swaab of INSEAD and Adam D. Galinsky of the Columbia Business School in the journal Psychological Science suggests.

A negotiator’s best alternative to a negotiated agreement, or BATNA, is her greatest source of power at the bargaining table, as Roger Fisher, William Ury, and Bruce Patton first explained in their groundbreaking book Getting to Yes: Negotiating Agreement Without Giving In (Penguin, 2011). Negotiators who are armed with a strong BATNA tend to set higher goals, make more ambitious first offers, and claim more value than those who are not, research finds.

Consider, as Schaerer and his team did, how Steinberg’s negotiation with the Falcons might have unfolded if Bartkowski had received an offer from another team back in 1975—say, a lowball offer of $100,000 per year.

Would Steinberg still have made a bold demand for $750,000? Probably not, the researchers speculated. In this case, the low offer likely would have led Bartkowski and his agent to view any salary above $100,000 as desirable and thus to demand much less than $750,000, essentially making a little power a dangerous thing for the quarterback.

This prediction hinges on the anchoring effect, or the tendency for negotiators’ judgment to be affected by any number that is mentioned during talks, such as an opening offer, whether or not it’s relevant or appropriate. The Atlanta Falcons, for example, clearly were anchored by Steinberg’s $750,000 demand even though they viewed it as unreasonable. A negotiator’s weak BATNA might anchor her judgments and outcomes in a similar manner, the research team hypothesized.

In a series of experiments, Schaerer and his team confirmed their prediction that weak BATNAs serve as anchors that cause problems for negotiators.

In one of the experiments, pairs of students were assigned to play the parts of buyer and seller in a negotiation over a Starbucks mug. The students had been chosen for the study based on their ability to recognize the mug’s retail price, which was 8.90 euros.

Before meeting their negotiating partners, students playing the role of seller received a phone call, purportedly from another potential buyer. Some of the sellers received a call from a buyer who made a low offer of 1.50 euros for the mug; others received a call from a buyer who declined to make any offer for the mug. Thus, some of the sellers had a weak BATNA, and some had no BATNA at all. In their subsequent negotiations, the sellers were instructed to make the first offer and to negotiate with their counterpart until they reached agreement on the sale price of the mug.

The results? After their phone calls (and before their face-to-face negotiations), negotiators who had no BATNA reported feeling less powerful as compared with those who had a weak BATNA. Nevertheless, those with no power set significantly higher opening selling prices for the mug than did those with a weak alternative, and those with no power went on to achieve better outcomes as a result.

The anchoring effect of a clear, weak alternative trumped negotiators’ sense of power, the team found. In other experiments in the study, a strong BATNA was also a powerful anchor, leading participants to aim high and perform better than those with a weak or no BATNA.

Look beyond your BATNA

The results of these experiments challenge the long-standing belief that having a BATNA is always a plus in negotiation. Although this should be true if we behaved logically, a weak BATNA may lead negotiators to irrationally aim lower than they would if they had no alternatives at all. In other words, a little power is a dangerous thing, giving negotiators a sense of control when they would clearly be better with no alternative.

This doesn’t mean that you should abandon the search for alternatives to your current deal if the pickings seem slim. The importance of having even a weak BATNA will become apparent if you ever need to turn to it. You should always be on the lookout for a strong BATNA. And before accepting a deal, you should compare it with your BATNA.

These new findings on power and anchors suggest the following guidelines:

2. When powerless, analyze risk. Negotiators who have no BATNA may be tempted to make aggressive offers, as Steinberg did for Bartkowski. Believing that we have “nothing left to lose,” we may decide to shoot for the moon. Though aggressively high offers can be successful in the short run (thanks to the anchoring effect), they could backfire later if the other party perceives you as naive or ruthless. Even worse, your counterpart could walk away from the bargaining table. Before aiming too high, analyze the situation carefully.

3. Add other issues to the discussion. Notably, the experiments in the Schaerer team’s study required negotiators to focus on a single issue: price. Fortunately, in our own negotiations, we can typically broaden the discussion to include other issues. By doing so, we may be able to overcome a weak bargaining position on price and find a deal that’s worth doing for both parties.

How have you dealt with poor BATNAs in your negotiations?

One Response to “When a Little Power is a Dangerous Thing”