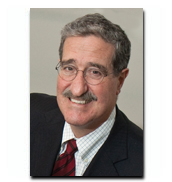 In an op-ed in The Wall Street Journal, Robert H. Mnookin, Professor at Harvard Law School and Chair of the Program on Negotiation, reflects on Israel’s recent decision to release 1,000 Palestinian prisoners in exchange for the safe return of Gilad Shalit, an Israeli soldier captured by Hamas.  From a negotiating standpoint, according to Mnookin, the deal sets a dangerous precedent and may have costs that outweigh the reward.  It is consistent, however, with the tendency of human beings to set a high premium on saving known individuals from harm.

Israel’s Deals with the Devils

What explains its lopsided prisoner exchange with the terrorist group Hamas, which will save one life now but endanger many lives in the future?

By Robert H. Mnookin, chair of Harvard Law School’s Program on Negotiation. First published in the Wall Street Journal, October 17, 2011. Mnookin’s most recent book is Bargaining with the Devil: When to Negotiate, When to Fight (Simon & Schuster, 2010).

It’s hard to think straight when negotiating with an adversary you claim is evil, and Israel proved it last week. The usual problem is a refusal to negotiate at all. Here the Israelis made what seems to be a crazy deal.

In a lopsided prisoner exchange, the Netanyahu government agreed to release about 1,000 Palestinian prisoners in exchange for a single life: that of Gilad Shalit, an Israeli corporal kidnapped by Hamas in a cross-border raid in 2006 and held hostage in Gaza. What explains this decision?

Israel has always claimed it will not negotiate with what it considers terrorist organizations. Chief among those groups is Hamas, which has repeatedly expressed its commitment to the destruction of the Jewish state. The deal announced on Oct. 11 was the result of months of secret negotiations between the Israeli government and Hamas, facilitated by the Egyptian government. Israel may claim that no one in the government ever met face-to-face with representatives of Hamas, and it is possible that the two adversaries worked out the details by exchanging offers and counteroffers through Egyptian intermediaries. But this fig leaf hardly hides the fact that a deal was negotiated.

I am not claiming that a government should never deal with terrorists under the table. Many governments maintain an official policy of never negotiating with terrorists, pirates or evil regimes—while secretly violating hat policy when important interests are at stake.

In some situations this may be a pragmatic approach: Hypocrisy is at times the handmaiden of statecraft. But in this case, Israel is only compounding the damage from previous deals.

For example, in the Jibril Agreement of 1985 (made with the Popular Front for the Liberation of Palestine), Israel freed 1,150 prisoners in exchange for the release of three Israelis captured during the first Lebanon war. And in 1998 Israel and its ally, the South Lebanese Army, released 65 prisoners to Hezbollah in exchange for the remains of one dead Israeli soldier.

In cost-benefit terms these exchanges make little sense. Israel has typically justified such deals on the ground that Israel has a citizen army in which nearly all Jewish citizens (except the ultraorthodox) must serve. In asking its citizens to risk their lives in service of their country, part of Israel’s implicit bargain is that it will make every effort to recover anyone who falls into enemy hands.

This justification would hardly seem rational to any hard-headed security analyst who thought through the long-run costs and benefits. In the present case, one Israeli soldier has regained his freedom. But to free 1,000 prisoners in exchange? Israeli parents may on some unthinking level feel better about their government’s concern for each individual soldier. But the deal jeopardizes the freedom and safety of many Israelis in the future.

The most direct security threat is perhaps posed by the about-to-be-freed prisoners themselves. Some have “blood on their hands”—they were imprisoned after a trial demonstrating their participation in specific terrorist acts. They may well commit additional terrorist acts. In 2004, Israel exchanged several hundred Palestinian prisoners for an Israeli held captive by Hezbollah (and the remains of three soldiers). Drawing on government figures, Nadav Shragi noted in a report by the Jerusalem Center for Public Affairs that “those freed in the deal had murdered 35 Israelis” by 2007.

A more substantial cost is that of precedent. Just as paying a high ransom to pirates may encourage more piracy, paying this ransom to Hamas may encourage Israel’s enemies to engage in more kidnapping.

A third cost is political. The deal enhances substantially the political standing of Hamas and further weakens its rival Fatah. Hamas cleverly negotiated for the release of not simply its own members, but members of Fatah as well as Palestinians who are Israeli citizens. In securing the release of nearly 1,000 Palestinians of mixed demographics, Hamas will claim that it is the most effective representative of all the Palestinian people.

So what may explain Israel’s bargain? Gilad Shalit is a known individual: what psychologists would call an “identifiable being.” His picture has been plastered throughout Israel. The Israeli press has written hundreds of articles speculating about his well-being. By contrast, the Israelis who are endangered by this deal are mere statistics—an unidentifiable group of people who may die in the future. Psychologists call these “statistical lives.”

There is a long line of psychological research showing that, in making decisions, human beings will incur far greater costs to save one identifiable being from immediate peril than to enact safety measures that might save many more statistical lives. While no expense will be spared to save an identifiable miner trapped in a coal mine, there is often great political reluctance to spend an equal amount on mine safety. Such a response is entirely human, but it is not rational.