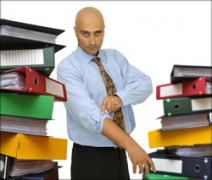 Here are some examples of negotiation situations in which chaos at the bargaining table works to the negotiator’s advantage. Whether conducting business negotiations involving commercial transactions or personal disputes with a friend, the following negotiating skills and techniques can be used by negotiators.

“I’ve learned to make chaos my friend in negotiation,” says Thomas Green, managing director of Citigroup Global Markets and former first assistant attorney general for the Commonwealth of Massachusetts. As part of a team representing more than 40 states, Green helped forge the $350 billion settlement of lawsuits brought against the major U.S. tobacco companies.

Seasoned practitioners like Green know that the world won’t sit still for carefully scripted plans. Chaos and uncertainty are features of every day for negotiators. Green is convinced that chaos can be a positive advantage in negotiation, provided it’s properly understood and managed.

Consider the global tobacco settlement. Until an ad hoc coalition of states filed reimbursement suits for the Medicaid costs of smoking-related illnesses, the tobacco companies had never paid a cent in damages.

How did the states force Big Tobacco to the bargaining table when negotiators before them had failed?

Green and his colleagues succeeded because they were more agile and creative in dealing with uncertainty than the opposition was. The notion that the tobacco industry might somehow be obliged to pay individual states for their public health expenditures was unprecedented, but its very novelty caught the companies off-guard and overconfident. They couldn’t simply trot out their tried-and-true defenses.

“Confusion to our enemies!” goes the old toast. The public-interest lawyers thrived in the chaos they created, defining the terms and pace of engagement. Meanwhile, industry leaders couldn’t organize to fight on unfamiliar turf or keep up with ever-changing conditions. Bold moves are sometimes needed in dealmaking, as well.

Mississippi was the first state to file suit against the major tobacco companies. At the time, the litigation seemed quixotic to many observers. But some states recognized the value of Mississippi’s strategy, and soon Minnesota, West Virginia, Florida, and Massachusetts filed similar suits. This loose coalition was able to pool information, share litigation costs, and generate positive momentum. Most important from a strategic standpoint, the coalition forced the industry to defend itself on multiple fronts. The laws of each state differed enough that companies couldn’t issue a boilerplate response. The unified approach also gave the overall initiative more viability. If a court threw out one state’s lawsuit, other litigation could still go forward.

In negotiation, sometimes it’s smart to put all your eggs in one basket, but more often it’s wise to have multiple options (see also, multiple equivalent simultaneous offers or MESOs in negotiation). You may be seeking a negotiated agreement with a preferred business partner, for example, but you’ll strengthen your hand if they know that you have a reasonable fallback. Likewise, a real estate developer seeking to acquire all of the parcels on a city block might decide instead to create value by merging a smaller set of key lots. Valuable in its own right, the fallback option also protects the developer from paying too much to holdouts. If she’s nimble, the developer will be able to stay ahead of her competitors as properties begin to trade.

Integrative Negotiation Examples: Making Wise Bets on the Future in Bargaining Scenarios – How to hedge your bets at the negotiation table while negotiating long-term agreements that satisfy (and protect) your interests.

Adapted from “Turn Chaos to Your Advantage,” by Michael Wheeler (professor, Harvard Business School), first published in the Negotiation newsletter.