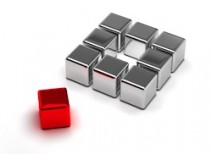 Adapted from “Could I Really Make a Difference?,” first published in the June 2009 issue of Negotiation.

Individual negotiators are sometimes overwhelmed by the idea of leading organization-wide changes to negotiation practices. In fact, it doesn’t take much time or effort to set the wheels of reform in motion, write Hallam Movius and Lawrence Susskind in Built to Win.

Here are four simple steps to implement in your workplace:

To get the attention of top managers, draw connections between better negotiation practices and specific, desired results, including short-term earnings or an increased chance of contract renewals. Once operational changes are made, carefully assess their impact and identify
opportunities for further improvement.

If your organization is investing in negotiation training, top leaders need to know if current operating procedures are preventing employees from using what they’ve learned. Make an effort to identify gaps between principles and practices.

(See Also: Dealmaking Negotiations – How to Build Trust at the Bargaining Table: Imagine yourself in each of these three negotiation scenarios: A. Jon, a travel writer, searches an online services Web site for someone to translate his book on the Pacific Northwest for a Spanish readership. After looking over résumés, he meets with three candidates and hires the one who seems most friendly and competent. The translator does a great job with the first three chapters, but she misses her deadline for the fourth and eventually stops returning Jon’s calls. Under the gun on his own deadlines, Jon wonders how he could have done a better job of screening candidates. B. Carol’s longtime doctor diagnoses her with a serious illness and recommends immediate, aggressive treatment.Carol would like to seek a second opinion, but she doesn’t want to offend her doctor—who, after all, has always provided her with excellent care. Carol decides to go ahead with her doctor’s recommended treatment plan but has misgivings about whether it is truly necessary. C. The owner of a fine-dining restaurant is having trouble making ends meet during an economic downturn.)

If negotiation training isn’t a near-term possibility in your organization, share what you know about preparation, value creation, and deal implementation with your colleagues. Your modeling of effective negotiation behavior should motivate them to follow suit.

Some of your colleagues are probably as frustrated as you are about internal obstacles to better negotiations. Unite with one or more employees to organize a more effective system. Before long, leaders will take notice.

See Also: Dealmaking – Six Strategies for Creating or Claiming Value in Negotiation: To claim the most value out of your next haggling negotiation follow these negotiation tips.

See Also: Win-Win Negotiations – Managing Your Counterpart’s Satisfaction: As the following points will demonstrate, ensuring that your counterpart is satisfied with a particular deal requires you to manage several aspects of the negotiation process, including his outcome expectations, his perceptions of your outcome, the comparisons he makes with others, and his overall negotiation experience itself.

Related Article: Negotiation Skills – Are You Ready to Negotiate?: Improvisation is usually acceptable for life’s minor decisions, but in negotiation it can lead to disaster. Follow these three preparation steps and improve your agreements.