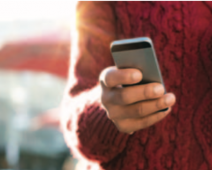 Most of us dread displays of anger at work, whether we’re the aggrieved party, the target of someone’s wrath, or just an innocent bystander. But anger can have benefits in the workplace when expressed constructively, airing differences that need to be addressed, improving relationships, and bringing injustice and mistreatment to light.

Despite the potential benefits of productively expressed anger (as opposed to inappropriate or abusive displays), subordinates tend to be given less leeway to express their anger than supervisors do. High status brings “emotional privilege”—namely, the ability to express anger with minimal fear of negative repercussions, research has found.

Do status differences also affect how employees react to others’ anger displays? In a new online study, Utah State University professor Ronda Roberts Callister and her colleagues examined that question by asking 323 current and former graduate business-school students to recall and describe a recent incident of anger at work and then answer some questions about it. In their analysis of the data, the researchers focused on anger episodes between a supervisor and a subordinate.

The results of the study suggest that superiors may be relatively oblivious to the negative impact of their anger displays on their subordinates. To alleviate the stress and damage that can be inflicted by such behavior, superiors should try to reduce the frequency of their displays of anger by working on building trust and improving communication with their subordinates. In this manner, they may improve their ability to resolve conflicts calmly, before they deepen and anger takes over.