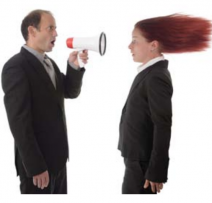 These are just a few of the mocking nicknames that President Donald Trump has given to his perceived rivals. Trump seems to have a penchant for trash talk—which psychologists define as boastful comments about oneself or insulting comments about an opponent delivered before or during a competition—but he’s not the only one.

In the 1960s, boxing great Muhammad Ali elevated trash-talking to an art form. “He’s too ugly to be world champion,” he said of rival Sonny Liston. “The world champ should be pretty like me!” And before defending his title against Floyd Patterson in 1965, Ali said, “I’ll beat him so bad he’ll need a shoehorn to put his hat on!”

Trash talk isn’t limited to the competitive realms of politics and sports. In a survey of office workers from Fortune 500 companies, Georgetown University professor Jeremy Yip and his colleagues found that 61% recalled hearing or engaging in boastful or insulting comments at work within the prior three months.

Moreover, people tend to believe that trash talk is an effective means of intimidating competitors. In a pilot study, Yip and his team found that individuals who were asked to imagine sending a trash-talking message, as compared to a neutral message, to someone with whom they were competing against on an online task expected the competitor to be more distracted and less motivated when working on the task.

Is the intuition that talking trash harms our competitors’ performance correct? Yip and colleagues explored
this and related questions in a recent set of experiments.

Up to the challenge

In their first experiment, the researchers had pairs of participants chat online with one another for two minutes about whatever they liked. Next, the participants were told they would compete against their partner on an online task for a $1 bonus (on top of the $10 they were each being paid for participating). The participants then received a message purported to be from their partner. The message was either neutral—“Let’s see what happens,” etc.—or contained trash talk: “You’re definitely going to lose,” “I’m smarter than you,” etc.

Participants who had been taunted with trash talk performed significantly better on a routine online task than those who had not been taunted, the results showed. Those confronted by trash talk experienced a greater sense of rivalry with their opponent, which motivated greater effort and accuracy.

Trash talk appears to motivate people not only to do well for themselves but also to punish their counterparts. In an experiment that unfolded similarly to the one described above, Yip and his team told participants they had performed better than their opponent in an online task and thus could choose how to allocate the bonus money: they could either take 75 cents and their opponent would get 60 cents, or they could take 60 cents and their opponent would get nothing. Among participants who had faced a trash-talking opponent, 19% chose to punish their opponent and sacrifice a bit of money for themselves. By comparison, none of the participants who received a neutral message chose penalizing the opponent over maximizing personal outcomes.

If you can’t say something nice …

Overall, the results of these experiments challenge our intuition on trash talk. Rather than intimidating an opponent to the point that the opponent’s performance suffers, trash talk appears to motivate targets to work harder and better at competitive tasks, both for their own sake and to punish the trash talker. The findings should serve as cautionary not only to politicians and athletes who include trash talk in their arsenal of competitive strategies but also to salespeople and other business negotiators who may be tempted to try to get the best of competitors by putting them down or boasting. 