There are a number of infamous negotiation examples in the workplace, but one most notable instance occurred in March 2018, when more than 700 Canadian doctors, residents, and medical students signed an online petition protesting their pay. The public health-care system in Quebec had been the victim of budget cuts, and the medical professionals weren’t happy.

But they weren’t complaining that their salaries were too low.

On the contrary: They were angry that they had recently been granted pay raises.

Federations representing 10,000 doctors in Quebec had negotiated to increase their salaries by about 1.4%, for an average annual salary of about $403,500. For some of the doctors, the raises were unconscionable, given that their nurses and clerks have been overworked as a result of budget cuts and staff shortages. Nurses had been trying to draw attention to their cause with sit-ins and social media posts.

“We believe that there is a way to redistribute the resources of the Quebec health system to promote the health of the population,” the doctors’ group wrote in their petition. They asked that their salary increases be canceled and the funds redistributed throughout the health-care system.

Quebec health minister Gaétan Barrette acknowledged the nursing crisis, saying that money was available to improve their working conditions. Of the protesting doctors, he said, according to the Canadian Broadcasting Corporation, “If they feel they are overpaid, they can leave the money on the table. I guarantee you I can make good use of it.”

When negotiating in the workplace, we often are encouraged to put our own needs, or those of the organization we represent, first. We learn to work with our counterpart to create as much value as possible for everyone at the table—and then to try to claim the bulk of that value for ourselves.

There’s nothing wrong with those goals, but they leave out two key considerations. First, in some negotiations, our agreement would harm or disadvantage outsiders. Take the case of a university that is negotiating to buy a private property and take it off the tax rolls, to the disadvantage of the local community. Harvard Business School professor Max H. Bazerman has argued that insiders have an ethical obligation to analyze how their deals would affect outsiders.

Second, we may have opportunities in negotiation to lift less powerful parties up along with ourselves—and we may not need to make a personal financial sacrifice to do so. As we’ll see, in recent years, negotiators in Hollywood, professional sports, and beyond have been coming up with creative ways to do just that. Their efforts could inspire business professionals across industries to try out similar strategies. 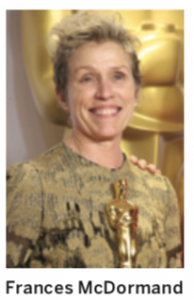 “I have two words for you: inclusion rider,” Frances McDormand said, as she wrapped up her Academy Awards acceptance speech. With those two words, McDormand publicized a previously obscure method of negotiating for greater representation of women and minorities in film.

The notion of an inclusion rider, also known as an equity clause, was proposed by University of Southern California (USC) professor Stacy L. Smith in a 2014 Hollywood Reporter article and a 2016 TED Talk. In her research, Smith has found that for the past 50 years, white men have been given most of the speaking roles in Hollywood films; only about one-third of speaking roles are played by women, while racial minorities, LGBT people, and people with disabilities are far less represented. As a result, films often don’t accurately reflect the cultures they’re supposed to represent.

Smith estimates that about 75% of speaking roles are not pivotal to a film’s story and generally need not be filled by white males. A-list actors could promote greater diversity, she argues, by negotiating for a rider in their contract that would require the demographics of those hired for minor speaking roles to reflect the film’s setting. “It wouldn’t necessarily mean more lead roles for females,” Smith wrote in the Hollywood Reporter, “but it would create a diverse onscreen demography reflecting a population comprised of 50 percent women and girls.”

Washington, D.C.–based civil-rights attorney Kalpana Kotagal, who has worked with Smith to draft language for inclusion riders, told the Washington Post that such clauses have a good chance of succeeding in Hollywood because “everything is done on a project-by-project basis.” Actors, directors, production companies, and other entities could all negotiate for inclusion riders, which could also cover film crews. After McDormand’s speech, several prominent actors, including Brie Larson, committed to negotiating for the riders, as did Michael B. Jordan’s production company, Outlier Society. Leaders in other industries that lack diversity may also be able to negotiate inclusion riders for short-term and even long-term projects.

Negotiation Examples in the Workplace: Borrowing From the NFL’s Playbook

In 2002, after two African American head coaches were fired from the National Football League (NFL), a study was released showing that black coaches, despite their teams’ winning more games than teams led by white coaches, were less likely to be hired and more likely to be fired. Former NFL players Kellen Winslow and John Wooten spearheaded an effort aimed at ensuring that minority coaches would be seriously considered for top coaching positions in the league.

In 2003, the NFL instituted the Rooney Rule, which is named for former Pittsburgh Steelers owner Dan Rooney, who had chaired the NFL’s diversity committee. The rule currently stipulates that teams must interview at least one ethnic minority candidate for head coach and senior operations positions, but does not establish quotas or other preferential hiring policies. At first, the number of minority coaches hired increased significantly, but from 2012 to 2016, only one out of 21 open head- coach positions was filled by an ethnic minority. Today, five out of 32 NFL head coaches are black. Some think the rule needs to be adjusted to require teams to consider a higher percentage of diverse candidates.

Smith, the USC professor who popularized inclusion riders, has encouraged the entertainment industry to adopt the Rooney Rule; certain technology companies, including Pinterest and Facebook, have adopted similar rules.

Broad affirmative-action policies tend to be formulated within organizations or mandated by law rather than requested by individual negotiators in a job interview. But individuals can use other methods to negotiate on behalf of those who they believe are underrepresented or mistreated in an organization or field. Here again, Hollywood appears to be at the forefront. 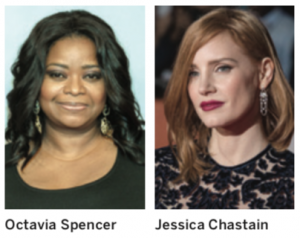 During a panel at the 2018 Sundance Film Festival, actress Octavia Spencer recounted being approached by fellow actress Jessica Chastain about costarring with her in a comedy she was producing, Variety reports. Given recent revelations that women often are paid significantly less than men for leading roles, the two agreed they would push hard in their salary negotiations for the project.

Then Spencer told Chastain that women of color typically earn far less than white women in the entertainment industry do. Chastain “was quiet,” Spencer recalled, and then promised to link her negotiation to Spencer’s so that they would earn the same amount.

“Fast-forward … we’re making five times what we asked for,” Spencer said, tearing up at Sundance as she told the story. Chastain later tweeted, “[Spencer] had been underpaid for so long. When I discovered that, I realized I could tie her deal to mine to bring up her quote. Men should start doing this with their female costars.”

In fact, actors such as Bradley Cooper have pledged to negotiate in tandem with their female costars. Such concerns about equity aren’t new. Actress Susan Sarandon told the BBC that when she was filming the 1998 film Twilight, she discovered that her costars, Gene Hackman and Paul Newman, were earning the same as each other but more than her, though the three had equal billing. When he heard about it, Newman shared some of his pay with her to help make up the difference. “He was a gem,” she said.

In the entertainment world, women and minorities need not count on the benevolence of their costars to ensure they are paid equitably. They can instead try to negotiate a “favored nations” clause, a term borrowed from the realm of international trade. When negotiated between a producer and an actor, a favored-nations clause stipulates that the actor is entitled to the same compensation (and perhaps other deal terms, from revenue sharing to the size of dressing rooms) as other specified actors on the project, typically those of the same stature or billing.

Theoretically, an actor who negotiates a favored-nations clause eliminates the information disadvantage she faces from not knowing what her costars are earning. However, because accurate salary reporting is difficult to enforce, the actor may not know for sure whether the producer has adhered to the clause, notes Bob Tarantino in a blog on the website Entertainment & Media Law Signal.

When Advocating for Equity

1. Consider outsiders. When negotiating a new deal, take time to think about and discuss with your counterpart how it may affect people who aren’t seated at the table.

2. Leverage your clout. Rather than hoarding your negotiating power, try sharing it with people who lack access by linking your negotiations. You may be able to help them gain some of the same advantages you’ve had.

3. Negotiate change from the inside. If a lack of equity or diversity in your organization concerns you, advocate for policies that would help level the playing field during hiring and promotion negotiations.

What other negotiation examples in the workplace can you think of?