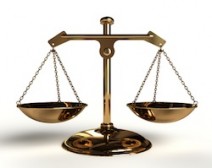 Adapted from “In Negotiation, Think Before You Blink,” by Max Bazerman for the October 2006 issue of the Negotiation newsletter.

When you’re making important decisions during a negotiation and have the luxury of time, what’s the alternative to Blink?

Should you completely ignore your rapid cognitions?

The field of behavioral-decision research offers substantial evidence that if time permits, negotiators would be wise to replace System 1 thinking with System 2 thinking when making the most important decisions.

Sometimes there’s not time for System 2 thinking; a two-week analysis of a raging fire would be inappropriate, for example.

Likewise, when everyday decisions and negotiations have little consequence, such as where to dine or which movie to see, your blink responses are adequate. But when you have the luxury of time, and when a negotiation is important, research evidence overwhelmingly supports reasoned, logical thinking over a gut response.