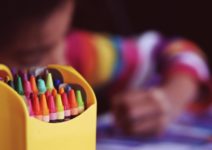 Those who believe in the concept of integrative negotiation, know that focusing on interests, has proven to be the most reliable way to create value and resolve conflicts. Experience indicates that communicating with your lawyers the motivations, or interests,  behind a deal or negotiated agreement is well worth the time.

On Wall Street, a common refrain among junior corporate lawyers is that they have a solid grasp of the legal rules governing deals but no understanding of the underlying business motivations, particularly the negotiators’ various motivations in the negotiation session that went into crafting the agreement. Without the details of the finer points of the deal’s design, mistakes are far more likely in deal implementation.

The Importance of Clear Communication

Take the case of a Boston-area child-care center, whose managers were negotiating with their board of directors for a change in the center’s policy.

The center’s policy held parents liable for monthly tuition only until a replacement child was found.

Specifically, the contract read, “Deposit: This amount will be held until the end of the contract period, and may be used toward the final month’s tuition if the child’s enrollment is to be terminated.”

Because a replacement was usually found quickly, parents received their deposit ($1,500–$2,000) and exited the contract at no cost.

To compensate for the center’s replacement costs, management and the board agreed to require parents to forfeit their deposit if they left the center mid-contract, even if a replacement child was found immediately.

The center’s managers asked their lawyers, members of a respected Boston-area law firm, to implement this policy for the next year’s contract. The lawyers drafted the following, changing only the final words of the clause: “Deposit: This amount will be held until the end of the contract period, and may be used toward the final month’s tuition if the child completes the contract.”

Download this FREE special report, Mediation Secrets for Better Business Negotiations: Top Techniques from Mediation Training Experts, to discover mediation techniques for selecting the right mediator, understand the mediation process and learn how to engage the mediator to ensure a good outcome from the Program on Negotiation at Harvard Law School.

Sure enough, in the next school year, a child left mid-contract, triggering the revised clause. The parents pointed out that the new language said nothing about whether they should get their deposit back. The center’s managers were puzzled. Had they not been clear enough with their lawyers? Their intended interpretation required reading the “if” in the new clause as “only if.” But this reading couldn’t be correct, either, as it would imply, for example, that parents wouldn’t get their deposit back if the center closed midyear.

The center’s managers returned to the drawing board.

A year after negotiating the policy change, the center finally got contractual language that reflected its intention. Poor communication between the principal (the day-care center) and its agent (the lawyers), kept the terms from accurately reflecting the understanding the center had reached with its board (see also, principal-agent theory).

The Importance of Interests in Negotiation

If the daycare center’s management had clearly communicated the underlying problem it was facing (high turnover costs from midyear withdrawal), the lawyers would have been more likely to ensure that the language they drafted served the intended purpose.

Instead, the lawyers minimally tweaked the contract. Even parents with no legal training could tell that the result did not reflect the center’s intended policy.

How do you communicate your interests in negotiation? Let us know in the comments.

Download this FREE special report, Mediation Secrets for Better Business Negotiations: Top Techniques from Mediation Training Experts, to discover mediation techniques for selecting the right mediator, understand the mediation process and learn how to engage the mediator to ensure a good outcome from the Program on Negotiation at Harvard Law School.