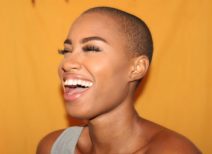 Pay inequities and a lack of great women leaders in upper management remain enduring problems in the workplace.

Back in April 9, 2014, the Paycheck Fairness Act, legislation intended to close the pay gap between men and women, was defeated in the Senate due to a lack of Republican support. The bill would have made it illegal for employers to penalize employees for discussing their salaries and would have required the Equal Employment Opportunity Commission to collect pay information from employers. This would have added a whole new dimension to salary negotiation.

Absent government initiatives to mandate solutions, how can women themselves better advocate for higher pay, promotions, and plum assignments?

Negotiation researchers advise women to avoid a backlash against asking for more by connecting their interests to those of the organization.

In a recent study, Lauren Ready, a director at the International Consortium for Executive Development Research, offers advice for those seeking to become great women leaders and to get more of what they want from their careers. Ready interviewed 60 top female executives from around the globe to determine how they advanced.

The habits of great women leaders suggests that negotiation skills are a key to their success. They appear to have entered career negotiations with a strong sense of their own interests, bottom line, and goals, then advocated assertively and effectively for those interests.

In particular, Ready identified three common qualities that contributed to their success.

These great women leaders took time to explore who they are and what they want out of life. As a result, they had a clear sense of their own strengths, weaknesses, likes, and dislikes. They developed an effective leadership style and defined success in their own terms. They also paid close attention to how they might fit into an organization’s culture. As a result, they tended to be happy with their career and life choices.

The great women leaders interviewed took responsibility for their choices, including how much time and energy they would devote to their careers. They actively decided whether to embrace a round-the-clock work schedule or to establish clear boundaries between work and family life. Those who chose a slower track or part-time schedule made no apologies for their choices. Those who chose to stay on the fast track raised their hand for projects that would require long hours or heavy travel.

The great women leaders acknowledged the assistance they had gained from others, including colleagues, bosses, friends, and family, as they rose through the ranks. As such, they made it a priority to pass on support and opportunities to others. Focused on the legacy they would leave, these leaders made deep investments in their teams and communities. They also were committed to helping to build the next generation of women leaders with the goal of boosting women’s presence in the executive ranks.

What did you take away from these female leadership styles? Let us know in the comments how you think they could help your negotiations.