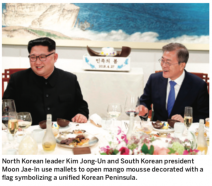 On March 8, U.S. president Donald Trump shocked even his own White House staff when he revealed that he had accepted an invitation to meet with North Korean leader Kim Jong-un. After months of name-calling and threats between Trump and Kim, the news that the two leaders would be discussing the possibility of North Korea dismantling its nuclear program came as a welcome surprise to many observers, tempered by skepticism about whether the talks would achieve a true breakthrough.

In the lead-up to the planned June 12 summit, logistical issues—most notably, who would attend and where the meeting would be held—attracted at least as much attention as the potential substance of the talks. The talks, scheduled to be held after this issue of Negotiation Briefings went to press, were in doubt in late May after Kim threatened to cancel them, Trump officially canceled them, and the leaders then went back and forth about whether or not they would take place. This uncertainty aside, the care with which the decision of where to meet was made, in particular, highlights the potential value of taking time to think through the logistical details of key negotiations.

Who’s at the table?

The most unusual aspect of the planned U.S.–North Korean negotiations is the fact that Trump and Kim themselves were expected to be at the table. Never before have a sitting U.S. president and the head of North Korea negotiated in person. U.S. and North Korean negotiators had been engaged in back- channel communication for months, and the expectation was that talks would continue largely behind the scenes.

Both in government and in business, inserting themselves directly into high- profile talks can be a significant gamble for leaders. If talks succeed, the leaders can take credit for a job well done. But if the negotiations prove disappointing, the leaders will take the heat. The possibility of being blamed for a high- profile failure motivates many leaders to delegate important negotiations and stay away until the final stages.

There are at least two other reasons leaders might avoid the negotiating table until late in the game. First, as big-picture visionaries, they may know little about the specific issues to be negotiated and prefer to leave the details to their subordinates.

Relatedly, it’s smart to try to set up negotiations between personnel who are roughly on the same level. Sending lower-level negotiators to meet with an organization’s top leaders risks causing offense or seeming amateurish. A few years back, Hollywood executives were reportedly “bemused” when Apple, trying to beef up its Apple TV offerings, sent a little-known producer to try to negotiate content deals, according to the Wall Street Journal. Conversely, a CEO who agrees to meet with someone lower in the other organization’s hierarchy may come across as overly eager to close a deal.

There’s another factor to consider when deciding whom to send to the table: cultural norms. Although it’s common in the West for top leaders to stay away from negotiations until the final stages, some experts say that in Korea, top leaders are more likely to take part earlier in the process. Whether or not Trump is aware of this norm, his decision to meet in person with Kim may have been interpreted as conveying respect for the other side’s conventions.

The big logistical question hovering over the U.S.–North Korea meeting was where it would take place. Negotiators often overlook the strategic importance of location. Those who consider the options carefully can dramatically influence the process and, ultimately, the outcome, writes Tufts University professor Jeswald W. Salacuse in his book Negotiating Life: Secrets for Everyday Diplomacy and Deal Making (Palgrave MacMillan, 2013).

The U.S. and North Korean governments weighed numerous logistical and strategic factors when choosing their meeting locale, media reports suggest. One significant constraint on the choice of location may have been Kim’s aging Soviet- era airplanes, which are believed to be incapable of transporting him more than a few thousand miles from North Korea, the New York Times reports. Borrowing a plane from another government would have been a potentially embarrassing move. This limitation appeared to rule out the possibility of Kim traveling to the United States for talks.

Negotiating on neutral territory can be “the worst of both worlds” because it limits negotiators’ ability to learn about each other and inconveniences both parties.

What about the possibility of Trump flying to North Korea’s capital, Pyongyang? In negotiation, traveling to a counterpart’s turf shows your willingness to quite literally go the extra mile, notes Salacuse. It also gives you an opportunity to learn about the other side by observing your counterpart in his or her environment. But when negotiations are fraught with tension, the visiting party may feel uncomfortable or unsafe doing business in “hostile territory.” Moreover, traveling to the other side’s territory can be seen as an “unacceptable symbol of weakness or surrender to a superior force,” cautions Salacuse. Both these concerns likely led the Trump administration to rule out a presidential visit to North Korea.

With both home countries having been ruled out, North Korean and U.S. officials appear to have considered a variety of neutral locations. Negotiating on neutral territory can be “the worst of both worlds” because it limits negotiators’ ability to learn about each other and inconveniences both parties, Salacuse cautions. Still, he notes that a neutral location often can be the best place to negotiate a serious conflict because it eliminates the status and security concerns described previously.

European nations that maintain diplomatic ties with both the United States and North Korea, such as Switzerland or Sweden, might have been ideal for the bilateral negotiations, but here again, Kim’s plane posed a barrier. “He’s not going to fly commercial,” former CIA analyst Sue Mi Terry commented to the Times.

Because of their relative neutrality, several Asian nations emerged as compromise options early in the talks, with Vietnam and Singapore as the top contenders and Mongolia a long shot. Despite their proximity to North Korea, China and Japan were ruled out because of their respective ongoing tensions with the United States and North Korea.

A flair for the dramatic

Yet another relatively neutral option was the Demilitarized Zone (DMZ) on the border between North Korea and South Korea. Even as his advisers pushed for the summit to be held in Singapore, Trump warmed to the idea of meeting in the DMZ after Kim and South Korean president Moon Jae-in had a harmonious meeting on April 27 at the Peace House, a diplomatic facility in the tiny DMZ village of Panmunjom. Trump appreciated the symbolism of the location. If his negotiations with Kim were fruitful, “there’s a great celebration to be had on the site” as compared to “in a third-party country,” the American president said, according to the Times. However, former officials from both Democratic and Republican administrations told the Times they were concerned that Trump would be so eager to close a deal in the DMZ that North Korea would be able to extract significant concessions from him on nuclear weapons and U.S. sanctions.

Ultimately, Trump went along with his advisers, announcing on May 10 that he and Kim would be meeting in Singapore because of its neutrality and ability to address security concerns. That revelation had its own dramatic flair: Trump made it while welcoming home three Americans newly freed by North Korea in a floodlit 3:00 a.m. ceremony at Joint Base Andrews outside Washington, D.C.

Negotiating at home and away

The matter of the mousse

When planning a potentially momentous negotiation, negotiators often convey its weightiness by carefully attending to details of ceremony and symbolism.

For their April meeting in the DMZ’s Peace House, which ended in promises to denuclearize the Korean Peninsula and negotiate an official end to the Korean War, North and South Korea devoted extra care to signaling the importance they attached to the talks, the New York Times reports. North Korean leader Kim Jong-un and South Korean president Moon Jae-in’s seats at the oval negotiating table were positioned to be 2,018 millimeters apart, pointing to the year of the meeting, and the table’s legs resembled two bridges merging. A footbridge that the leaders would walk over together was painted blue, the official color of the United Nations and the Korean unification flag. Food for a shared meal was sourced from both the North and South, with North Korea bringing in a special noodle-making machine for a dish requested by Moon.

In a move that revealed the delicate nature of the talks, Japan filed an official complaint with South Korea over the dessert: a mango mousse decorated with a map of the Korean Peninsula, which, as is common in South Korean maps, included islands claimed by Japan. The complaint reflects not only pique over the map but also Japan’s broader concern that its security, territorial, and other interests are being ignored in negotiations among the Koreas and the United States. Clearly, when tensions among parties are high, the smallest details of a negotiation can take on outsized significance.