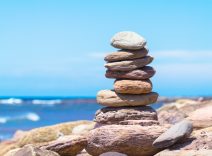 If you needed a lawyer to help you settle a business dispute, would you prefer (a) one who was completely partisan toward your point of view or (b) one who acted as a mediator and saw both sides of the conflict?

You might assume that the partisan lawyer would work harder for you than someone who sees things from both sides’ perspective. But in fact, the lawyer with a more impartial perspective may give you more objective advice, make more accurate forecasts, and promote more collaborative negotiations, University of Pennsylvania Law School professor Douglas N. Frenkel and University of Connecticut School of Law professor James H. Stark argue in an article in the Harvard Negotiation Law Review.

The benefits of a neutral mediator

The professors based their argument on the results of a 2008 study by University of Nevada, Las Vegas, adjunct professor Randall Kiser and his colleagues that examined the settlement decisions of more than 5,000 California litigators in more than 2,000 contested cases. Kiser and colleagues’ study found that disputants commonly made erroneous settlement decisions, rejecting offers that turned out to be better than those they ultimately achieved in court—regardless of their litigators’ level of experience or the prestige of the law school they attended. However, when one or both lawyers involved in a case had training and experience as a mediator, disputants were significantly less likely to make such decision errors.

Why might lawyers with mediation experience encourage better decision making? Consider that a mediator is trained to take a neutral, unbiased perspective on conflicts. By contrast, when we are placed in a partisan role, as in the case of a typical lawyer advocating for a client, we’re more prone to judgment-impairing cognitive, motivational, and emotional biases.

For example, a lawyer who believes that his client has been wronged may be prone to the confirmation bias— the tendency to seek out information that supports one’s preexisting views and goals and to ignore information that challenges those views. Consequently, the partisan lawyer might become overly optimistic about his client’s chances of winning in court and recommend extreme settlement demands. If the other side rejects those demands, the client may end up losing in court based on a judge’s or jury’s more neutral view of the dispute. Whenever we are placed in competitive roles and conflicts, our judgments are tinged by self-interest— even when we think we’re being fair and evenhanded.

A mediator is trained to see both sides of a dispute and to help parties overcome barriers to resolution, including common judgment biases. During private caucuses, mediators often encourage the parties to look beyond their limited perspective and become open to collaborative solutions.

According to Frenkel and Stark, lawyers may be able to adopt this type of objective mind-set by practicing two de-biasing techniques identified by psychologists: (1) considering the opposite and (2) perspective taking.

Considering the opposite involves thinking in detail about why our predictions and decisions might be wrong. In several research studies, prompting participants to consider the opposite of their beliefs and hypotheses led them to make better, less biased decisions.

Perspective taking means putting ourselves in another person’s shoes and actively imagining his point of view, a practice that has been found to counteract bias and enhance objectivity. Perspective taking can reduce bias against members of out-groups, including racial bias, as well as our self-centered perceptions of what would constitute a fair outcome.

It may also guard against two insidious negotiation biases: the anchoring bias, or the tendency to anchor discussions on the first offer made in a negotiation, however arbitrary; and the fixed-pie bias, or the tendency to overlook value-creating opportunities and focus strictly on dividing up a finite amount of resources. In one study, participants who were asked to take their negotiation counterpart’s perspective, specifically by thinking about that person’s BATNA (best alternative to a negotiated agreement) before negotiating, were less susceptible to being anchored by that counterpart’s first offer than were those who were not given perspective-taking instructions, Columbia Business School professor Adam D. Galinsky and London Business School professor Thomas Mussweiler found. And in another study, Galinsky found that negotiators who were asked to try to understand what their counterpart was thinking before engaging in a negotiation simulation were better at uncovering hidden interests, moving beyond a fixed-pie mind-set, and reaching an efficient solution as compared to those who received no such instructions.

An appeal for objectivity

“As important as passion and zeal may be for the modern advocate, objectivity and dispassion are also critically important—for all lawyers,” Frenkel and Stark conclude. They argue that law schools should not only train future lawyers to advocate on their clients’ behalf but also train them to act as a mediator, which would equip them with the skills needed to reach less biased, more accurate judgments on behalf of their clients. Indeed, the type of de-biasing training they recommend is compatible with law schools’ traditional emphasis on fostering critical-thinking skills, the authors note.

For disputants, Frenkel and Stark’s recommendations suggest the value of hiring a lawyer with mediation training and experience who can steer you toward more objective, rational, and rewarding decisions. In addition, both lawyers and their clients would likely benefit from making it a habit to engage in de-biasing techniques such as considering the opposite and taking the other side’s perspective.

Have you worked with a mediator to settle business disputes? How did that work as compared to hiring a more traditional lawyer?