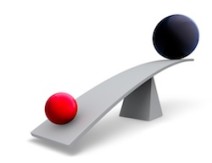 Business negotiators are typically advised to keep their dealmaking and dispute resolution efforts private. Complaining about an adversary’s negotiation and conflict resolution strategies to the press or on social media can escalate disputes and increase the likelihood of impasse.

Yet when a negotiation becomes so contentious that it requires formal dispute resolution, such as a lawsuit, there can be benefits to raising public awareness of your case—especially when you seem to be fighting an uphill battle. After the pop star Kesha suffered a setback in her recent legal actions against her longtime producer, a social media campaign rose up that could lead to a negotiated resolution.

In 2005, when she was 18, Kesha signed a six-album recording contract with Kemosabe, the Sony Music Entertainment-owned record label of music producer Lukasz Gottwald, who goes by the name Dr. Luke. Over the next ten years, Kesha and Dr. Luke worked closely together on the singer-songwriter’s two records, which included a number of hits, including “Tik Tok” and “Die Young.”

In 2014, Kesha filed a lawsuit accusing Dr. Luke of sexually, physically, verbally, and emotionally abusing her during the time they worked together. According to Kesha, Dr. Luke used drugs and alcohol to sexually assault her and threatened to damage her career if she went public with the abuse. Dr. Luke denied the charges and countersued Kesha for defamation and breach of contract.

With her lawsuit pending, Kesha filed a motion for a preliminary injunction to prevent Sony and Dr. Luke from suing her if she were to release music outside of her contract with them, according to the New York Times. Kesha’s lawyers have argued that if the 28-year-old singer is unable to record any new music over the course of a long trial, she could miss her window of future commercial success, the Guardian reports.

“Kesha Rose Sebert wants nothing more than to be able to record an album,” her lawyers wrote in their motion, according to the Times. “Her only condition is that she be allowed to record with a record label that is not affiliated with someone who has emotionally and sexually abused her.”

On February 19, New York State Supreme Court Justice Shirley Werner Kornreich denied Kesha’s motion, upholding her contract with Sony on the grounds that it had been “heavily negotiated and typical for the industry.”

A groundswell of support

Outraged by the ruling, Kesha’s fans began lobbying other pop stars to support their #FreeKesha social media campaign. Stars Kelly Clarkson and Miley Cyrus, both of whom had worked with Dr. Luke in the past, quickly did so.

The ranks of female pop royalty, including Lady Gaga, Lorde, Fiona Apple, Demi Lovato, and Ariana Grande, also rallied behind the singer-songwriter on Twitter and other social media outlets. On February 21, Taylor Swift announced through a spokeswoman that she was donating $250,000 to help Kesha “with any of her financial needs during this trying time,” according to the Times.

“I am beyond words in gratitude,” Kesha wrote of the outpouring of support in an Instagram post.

For his part, Dr. Luke accused Kesha and her legal team of conducting “a vicious smear campaign to ruin his reputation for financial gain” and subjecting him and his family to “trial by Twitter.”

The value of negotiated settlements

Sony has indicated that it is open to having Kesha fulfill her recording contract without oversight from Dr. Luke. But supporters of the #FreeKesha campaign have criticized Sony for refusing to settle the case on the singer’s terms. In an article in her newsletter Lenny Letter, actor and producer Lena Dunham accused Sony of “minimizing what Kesha says regarding how Gottwald’s continued involvement in her career would affect her physical well-being and psychological safety.”

At this writing, Sony had not commented publicly on the matter. But the negative publicity generated by the campaign could motivate the company to try to negotiate a settlement with Kesha to end the lawsuit.

The situation highlights the power of social media to highlight perceived injustices that are playing out in the legal realm and in other forms of dispute resolution. Although it is generally wise to try to keep your negotiation and conflict resolution efforts private, there may be times when it would be beneficial to attract high-profile supporters to your cause. By allowing them to speak on your behalf, in this type of dispute you may put pressure on those you believe have wronged you to negotiate a settlement.

For parties, like Sony, that have financial motivations to support those accused of wrongdoing, Kesha’s lawsuit serves as a reminder of the value of engaging in private dispute resolution efforts rather than allowing them to escalate into public disputes. Even if a legal battle ends in victory, it could be overshadowed by a defeat in the court of public opinion.