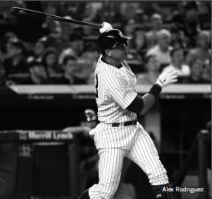 In negotiation, lightbulb moments—the kind that seem to magically dissolve disputes and create stellar contracts—can be few and far between. We might be lucky to have one such flash of insight over the course of a complicated dealmaking process. Recently, Major League Baseball’s (MLB’s) New York Yankees were fortunate to experience a breakthrough that neatly tied up not just one but two difficult negotiations. The story of how it all unfolded offers guidance to business negotiators on several fronts, including the value of capitalizing on connections across negotiations and helping others in order to help ourselves.

Back in 2007, Yankee star infielder Alex Rodriguez signed a $30 million marketing agreement with the team that would pay him a series of bonuses for reaching up to five escalating home-run milestones. The Yankees had planned to market the milestones as historic events by selling T-shirts, videos, and other paraphernalia.

Those plans collapsed in 2009, after Rodriguez admitted to using performance-enhancing drugs while playing for the Texas Rangers from 2001 to 2003. No longer could the Yankees expect to earn millions from commemorative memorabilia emblazoned with the disgraced Rodriguez’s name.

After being suspended for a season, Rodriguez made a surprisingly strong comeback in 2015. On May 1, he reached the first home-run milestone in his contract when he tied Willie Mays’s record of 660 home runs while playing against the Red Sox in Boston. The marketing contract stipulated a $6 million bonus for meeting the milestone, but Yankees management notified Rodriguez that it would not pay up, saying the contract left the decision to management’s discretion. Rodriguez recruited the MLB Players Association to negotiate a resolution on his behalf. The two sides had a strong motivation to settle to avoid a potentially contentious arbitration hearing, but neither could envision an agreement that the other party would accept.

Negotiations off the field

As it turns out, a much less lucrative negotiation offered the key to the puzzle. At the start of the 2015 season, Rodriguez had told Eddie Fastook, the Yankees’ head of security, that he wanted to keep the home-run balls he hit as mementos for his two young daughters. Fastook was personally in charge of running into the stands to retrieve significant home-run balls for the Yankee players who hit them, writes Billy Witz in the New York Times.

It isn’t unusual for interactions between Yankees management and ball-catching fans to turn into impromptu negotiations. After catching Yankee second baseman Stephen Drew’s 1,000th career hit, for example, lifelong Yankees fan Nick Paccione readily gave it back in exchange for a meeting and photos with Drew, autographed baseballs, and a tour of the Yankees’ clubhouse. “It was an easy decision,” Paccione told the Times of his choice to surrender the ball.

By comparison, the young Red Sox fan who caught the ball Rodriguez hit to meet Mays’s milestone at Fenway Park turned down an on-the-spot offer from Yankees security for baseball memorabilia signed by Red Sox star David Ortiz. (Ortiz later objected to having his signature used as a bargaining chip in Rodriguez’s negotiations, saying “That is not OK with me,” according to the New York Daily News.) Ball catchers sometimes choose to explore what they might get for a prized ball at auction rather than accepting rewards that are primarily of sentimental value.

From one pro to another

The biggest negotiation for an A-Rod home-run ball this season came on June 19. That day, Rodriguez joined the exclusive 3,000-hit club with a bang, knocking a home run into the stands of Yankee Stadium. As luck would have it, the ball landed at the feet of Zack Hample, a self-described “professional home-run ball catcher.” Yankees security invited Hample, who has caught more than 8,000 balls at MLB games and written an advice book on the topic, to watch the end of the game with Yankees president Randy Levine and the team’s chief operating officer, Lonn Trost.

After refusing to give up his prize in exchange for Yankees memorabilia, Hample went on to insult Rodriguez on Twitter. Quickly, however, he showed signs of softening. “At first, I was 100% adamant about not giving the ball back,” Hample told the Associated Press. But he said Levine and Trost had been “so nice” to him that he was mulling over his options.

Getting to know you

At a certain point, the Yankees’ principal owner, Hal Steinbrenner, appeared to recognize that the ball in Hample’s possession had value to the team: It might prove to be a tantalizing bargaining chip in the team’s dispute with Rodriguez over the marketing bonus. Tasked by Steinbrenner to get the ball back, Levine and Trost met multiple times with Hample over the course of two weeks to try to make a deal.

Levine reportedly asked Hample to share the story behind the 8,000 baseballs he had caught. Hample described his collection and also mentioned his involvement with Pitch In For Baseball, a charity that provides new and gently used baseball and softball equipment to underprivileged children around the world.

“At that point, a little lightbulb went off in [Levine’s] head,” Hample said, according to ESPN.com. That lightbulb moment led the Yankees to promise Hample a $150,000 donation to Pitch In For Baseball in exchange for returning the ball to Rodriguez. The team also offered Hample some Yankees memorabilia, game tickets, and other perks. Hample agreed.

“It was just unbelievable how cool those guys were,” Hample later gushed about the Yankees executives, ESPN.com reports. “They didn’t pressure me or bully me or use any sort of sinister tactics. They just wanted to have a conversation and get to know me.”

With that negotiation wrapped up, the Yankees turned to the players’ union with an offer: If Rodriguez would drop his claim to the $6 million Mays milestone, the team would donate $3.5 million to several charitable organizations. The sum included a $2.5 million donation to the MLB Urban Youth Academy, which funds youth baseball training, and the $150,000 the team had already promised Hample for Pitch In For Baseball. What’s more, the Yankees revealed, they could get Rodriguez his 3,000th-hit ball back.

Rodriguez agreed. At a July 3 press conference, he accepted Hample’s apology for disparaging him on Twitter, saying he himself had “PhD in saying some dumb things over the years.” Hample presented the ball to the slugger, who said he intended to let his daughters fight over who would keep it in her bedroom.

And with that, a pair of deals resulted in a win-win-win for the three major players involved, not to mention those benefiting from the donations. The Yankees saved $2.5 million of the bonus money promised to Rodriguez in addition to approximately $3 million in luxury taxes the team would have paid on top of the bonus. Rodriguez, already a wealthy man, got a family keepsake and the pleasure of knowing he’d helped several worthy causes. He also furthered the rehabilitation of his reputation by resolving the dispute amicably.

As for Hample? “It’s definitely hard to give up the ball,” he said in an interview with the Associated Press. “It’s the centerpiece of my collection. The thing I really wanted was the ball, more than any other memorabilia. But it’s going for a good cause . . . so it all turned out well.”

Notably, the agreement between the Yankees and Rodriguez covers only the first of five possible milestones in their marketing deal. If Rodriguez matches Babe Ruth’s record of 714 homers, the parties could be looking for another winning outcome. If so, don’t be surprised to find Hample, clutching another prized ball, back at the negotiating table with the major leaguers.