Tetsushi Okumura is a professor at the Tokyo University of Science and has been a visiting scholar at Northwestern University’s Kellogg School of Management. His research articles have appeared in leading management and psychology journals, and he has translated into Japanese many popular books on negotiation. Recently, Okumura has been interviewing Japanese government negotiators to identify strategies they used to make headway in difficult negotiations with private citizens by building trust.

Can you tell us a little about the negotiations you are studying and how they relate to building trust? 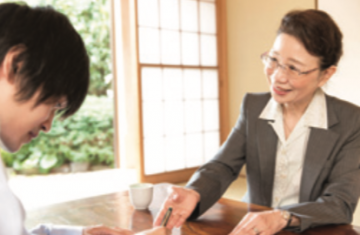 Tetsushi Okumura: As Japan’s economy experienced rapid growth during the late-20th century, the government quickly developed its infrastructure by constructing highways, bridges, and so on. Many of these projects required the government to purchase private land from property owners. Japan’s Compulsory Purchase Act of 1951 grants businesses the authority to expropriate land from property owners, including the homes of private citizens, for a specified price for use in approved development projects. However, property owners needed to voluntarily agree to close the deal.

Government-owned contractors engaged in negotiations with these homeowners to compensate them. Many negotiators on the government side are now retiring and, as the Japanese economy has slowed, are not being replaced. These negotiators developed skills and knowledge that could be applied to smaller projects in Japan and infrastructure development in other countries. I interviewed 22 of these experienced negotiators to try to capture broader lessons from their experiences.

What did you learn?

TO: Some homeowners refused to accept the government’s offered price and conditions, whether because they didn’t want to move, didn’t think the price was fair, etc. Consequently, the negotiation process often turned into a dispute. To try to resolve or avoid such conflicts, some of the government negotiators devoted significant time and effort to explain the compensation standards to homeowners and also helped solve their problems, such as ensuring they could relocate near family members. These efforts often went beyond the negotiators’ formal job descriptions and work hours.

It sounds like the property owners didn’t have a lot of negotiating power. How did they increase their power?

TO: Some asserted their power in a passive way: They bought time by flatly refusing to sell or to meet with negotiators. A small number drew on connections to politicians for support. Others built alliances with their neighbors to gain a stronger voice and try to influence broader public opinion.

To use a framework developed by William Ury, Jeanne Brett, and Stephen Goldberg in their book, Getting Disputes Resolved (PON Books, 1993), negotiators tend to approach conflict by either displaying their power, asserting their rights, or revealing their interests. The homeowners, who often felt threatened and defensive, tended to begin with a power or rights approach. The government negotiators worked on trying to show them the benefits of discussing their interests and started building trust.

How did they do this?

TO: Negotiators prepared thoroughly by studying the vision and merits of public projects, compensation standards, and the character of the region. Before a public presentation, some decorated the space to create a warm atmosphere, which was one way of building trust. When first visiting homeowners, many negotiators didn’t talk about the project but rather tried to indirectly build the relationship. They might comment on the owner’s artwork, signs of hobbies, etc. Because some homeowners viewed themselves as victims of the public project, the negotiators started slowly.

Explaining the terms of the compensation plan was a delicate part of the process. If the owner made extreme demands, less experienced negotiators would sometimes avoid saying no for fear of ruining the relationship. They might stall by saying they needed to talk to their bosses. Of course, they would have to deliver a no at the next meeting, and the homeowners would be angry.

By contrast, more experienced negotiators believed it was important to be upfront about what they could and couldn’t offer. Some told me they tried to respond to subtle signs of anger during this phase by discussing housing alternatives and otherwise encouraging the homeowners to think positively about the future. In their classic book, A Behavioral Theory of Labor Negotiations (McGraw-Hill, 1965), Richard Walton and Robert McKersie describe how this type of “attitudinal structuring” can help reduce conflict and promote collaboration.

How do you start building trust in negotiations to get to a deal? Leave a comment below.