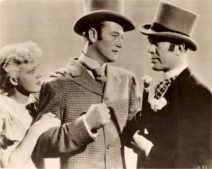 In the workplace, it sometimes seems as if some types of conflict are always with us. Miss a deadline, and you are likely to face conflict with your boss. Lash out at a colleague who you feel continually undermines you, and you’ll end up in conflict. And if you disagree with a fellow manager about whether to represent a client whose values you disdain, conflict is also likely.

The first of the three types of conflict in the workplace, task conflict, often involves concrete issues related to employees’ work assignments and can include disputes about how to divide up resources, differences of opinion on procedures and policies, managing expectations at work, and judgments and interpretation of facts.

Of the three types of conflict discussed here, task conflict may appear to be the simplest to resolve. But task conflict often turns out to have deeper roots and more complexity that it appears to have at first glance. For example, coworkers who are arguing about which one of them should go to an out-of-town conference may have a deeper conflict based on a sense of rivalry.

Task conflict often benefits from the intervention of an organization’s leaders. Serving as de facto mediators, managers can focus on identifying the deeper interests underlying parties’ positions. This can be done through active listening, which involves asking questions, repeating back what you hear to confirm your understanding, and asking even deeper questions aimed at probing for deeper concerns. Try to engage the parties in a collaborative problem-solving process in which they brainstorm possible solutions. When parties develop solutions together, rather than having an outcome imposed on them, they are more likely to abide by the agreement and get along better in the future.

Suppose you’ve felt a long-simmering tension with a colleague, whether over work assignments, personality differences, or some other issue. Before turning to a manager, you might invite the colleague out to lunch and try to get to know him or her better. Discovering things you have in common—whether a tie to the same city, children the same age, or shared concerns about problems in your organization—may help bring you together.

If you feel comfortable, bring up the source of the tension and focus on listening to the other person’s point of view. Resist the urge to argue or defend your position. When you demonstrate empathy and interest, he or she is likely to reciprocate. If the conflict persists or worsens, enlist the help of a manager in resolving your differences.

The last of our three types of conflict, value conflict, can arise from fundamental differences in identities and values, which can include differences in politics, religion, ethics, norms, and other deeply held beliefs. Although discussion of politics and religion is often taboo in organizations, disputes about values can arise in the context of work decisions and policies, such as whether to implement an affirmative action program or whether to take on a client with ties to a corrupt government.

According to MIT professor Lawrence Susskind, disputes involving values tend to heighten defensiveness, distrust, and alienation. Parties can feel so strongly about standing by their values that they reject trades that would satisfy other interests they might have.

Susskind recommends that instead of seeking to resolve a values-based dispute, we aim to move beyond demonization toward mutual understanding and respect through dialogue. Aim for a cognitive understanding in which you and your coworker reach an accurate conceptualization of one another’s point of view. This type of understanding doesn’t require sympathy or emotional connection, only a “values-neutral” ability to describe accurately what someone else believes about the situation, write Robert Mnookin, Scott R. Peppet, and Andrew S. Tulumello in Beyond Winning: Negotiating to Create Value in Deals and Disputes (Harvard University Press, 2004).

In addition, you may be able to reframe a values-based dispute “by appealing to other values that you and your counterpart share,” writes Susskind in an article in the Negotiation Briefings newsletter, “including universal beliefs such as equal rights or nonviolence, rather than focusing on the differences in beliefs that precipitated the dispute.”

What types of conflict seem to be most prevalent in your organization? Leave us a comment.