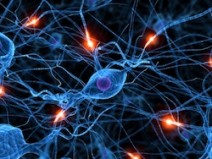 Adapted from the article “Negotiating in High Alert,” first printed in the July 2013 issue of the Negotiation newsletter.

Negotiation is often characterized as a physiologically arousing event marked by pounding heart, queasy stomachs, and flushed faces. We might assume that heightened physiological arousal would mar our negotiation performance, but this is only true for some, researchers Ashley D. Brown and Jared R. Curhan of the Massachusetts Institute of Technology found in a new study published in the journal Psychological Science.

In the first of two experiments, Brown and Curhan began by assessing participants’ attitudes toward negotiation – namely, whether they dread it or look forward to it. At a later date, while walking on treadmills, some of the participants prepared for and engaged in a telephone negotiation simulation over the price of a used car with with another participant (actually a trained confederate). Some of the treadmills were set at a “low arousal” pace and others were set at a high arousal pace designed to get negotiators’ hearts racing.

In the second experiment, some participants took a walk while negotiating over the phone, while others sat in chairs. Among those with negative initial views of negotiation, the exertion of walking impaired their performance relative to sitting; by contrast, those with initially positive views of negotiation performed better while walking than they did while sitting.

Overall, the findings suggest the value of trying to overcome negative feelings about negotiation through practice and confidence-boosting exercises. As for those who look forward to negotiating, your sweaty palms may be a sign that you are functioning at your best.

When you download the New Conflict Management: Effective Conflict Resolution Strategies to Avoid Litigation you will learn how wise negotiators extract unexpected value using an indirect approach to conflict management.

Related Article: Conflict Can Be Contagious

No Responses to “How Nervous Energy Affects Negotiators and Conflict Management”