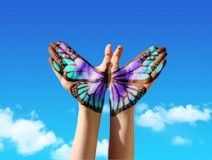 Adapted from “When Forgiveness Seems Elusive,” first published in the August 2010 issue of Negotiation.

In the aftermath of events ranging from the Catholic Church’s child sexual abuse scandal to the 1994 Rwandan genocide, victims have received apologies from those who caused or perpetuated their suffering.

Yet those who have been harmed are not always willing or able to forgive.

In the context of business negotiations, when a counterpart apologizes for harming or offending you, should you forgive and move forward? What if doing so seems impossible?

In a chapter in The Negotiator’s Fieldbook (American Bar Association, 2006), Ellen Waldman and Frederic Luskin write that forgiveness isn’t an essential component of negotiation; you may be able to get to the finish line despite resenting or disliking your counterpart intensely.

But when you’re suffering from a grievance, you could get trapped in a cycle of anger, self-pity, and resentment that puts you at risk for further conflict as well as emotional and physical distress.

Because simply remembering a hurtful experience triggers a biochemical stress response, moving beyond blame can help you better regulate your emotions and even lower your blood pressure, researchers have found.

The health benefits offered by forgiveness can have a transformative impact on conflict, write Waldman and Luskin.

In one of its studies, the Stanford Forgiveness Project brought together people on both sides of the conflict in Northern Ireland who had suffered personal losses, including the deaths of loved ones, for a week of forgiveness training.

When assessed six months later, the participants’ rating of the intensity of their hurt had declined significantly.

Overall, forgiveness training has been found to encourage people to experience greater empathy toward their offenders and to change their story of victimization to one of overcoming adversity.

In the context of negotiation, the forgiveness inspired by a sincere, well-timed apology can potentially improve the odds of settlement and repair relationships.

Resist the pressure to forgive

That’s not to say that forgiveness is always achievable or even desirable.

In particular, the greater the trauma people have suffered, the less open they will be to reconciliation. Studies of judicial initiatives in Rwanda and post-apartheid South Africa suggest that victims must feel a sense of economic and psychological stability before they can summon the strength to forgive those who have harmed them.

In Waldman and Luskin’s view, forgiveness should never be required as a condition of dispute resolution.

In your own negotiations, this suggests that you shouldn’t let anyone—your counterpart, your attorney, or a mediator—pressure you to forgive and move on before you are ready.

In particular, make sure your needs for security and self-respect are met before
you determine whether forgiveness is possible.

If the prospect of moving on psychologically from a grievance appeals to you, how can you increase your own capacity to forgive?

Your willingness to forgive someone who has hurt you may depend on your beliefs about human nature, according to the results of a recent experiment by Michael P. Haselhuhn of the University of Wisconsin–Milwaukee and Maurice E. Schweitzer and Alison M. Wood of the University of Pennsylvania.

The researchers had participants square off against an opponent who repeatedly violated their trust in a computerized negotiation before apologizing.

The results suggest that you can increase your capacity for forgiveness by allowing for the possibility that a counterpart who expresses a seemingly heartfelt apology is capable of personal growth.