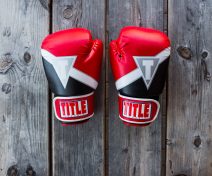 In the business world, workplace disputes are all too common. Consider these real-life conflict scenarios: a group of employees who, working overtime to make up for staff shortages, complain to their manager that they aren’t getting paid enough for the extra time. A colleague confides about his boss’s verbal abuse. Two employees argue openly about which one is responsible for a work assignment.

Many organizations lacks an integrated system for business conflict management, leading to low morale and high turnover. Intervening quickly in cases of conflict can dramatically reduce the costs and time associated with dispute resolution.

One effective way to address such human-resources problems is to follow the principles of dispute system design (DSD), according to Harvard Law School professors Frank E. A. Sander and Robert C. Bordone. DSD is the process of diagnosing, designing, implementing, and evaluating an effective method for business conflict management.

DSD, which focuses on preventing and intervening early in conflict, can generate huge savings by improving morale, reducing turnover, and preventing lawsuits, according to Sander and Bordone.

With the goal of reducing employee grievances and lawsuits, for example, Coca-Cola Enterprises set up a mandated grievance process in 2000 for all of its employees that has focused the company’s attention on internal disputes. The four-part program begins with informal discussions between employees and can progress to external mediation or arbitration in cases such as alleged harassment or discrimination.

DSD is typically grounded in conflict-solving strategies such as interest-based negotiation, in which parties share the interests that underlie their grievances and try to jointly negotiate a solution that satisfies all parties. Although outside mediators are sometimes enlisted to help parties involved in business conflict management, just about anyone in an organization who has experience in basic dispute-resolution processes, such as problem solving, active listening, and other mediation skills, can be a “DSD architect.”

If you are considering become a DSD architect in your organization, here are four steps to follow, as recommended by Sander and Bordone:

What strategies for business conflict management have you found to be effective?

No Responses to “Business Conflict Management”